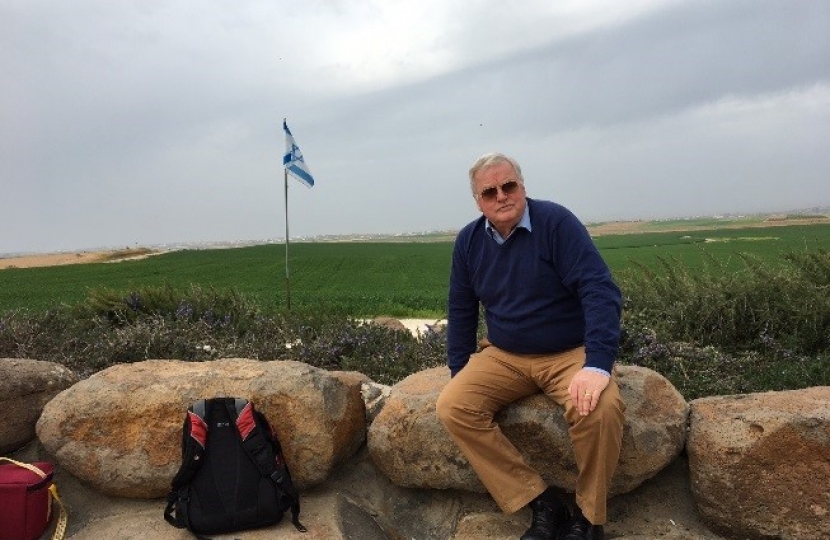 Earlier this month Bob travelled to Israel and the West Bank as part of his duties as a member of the NATO Parliamentary Asseembly.  Whilst in the Holy Land he had meetings with both Israeli MPs and members of the Palestine Authority in Ramallah.  Bob spent much of his boyhood living in the region and so naturally  has considerable interest in what is happening there.  This is not the place to discuss details of the political discussions in which he took part but suffice to say that he was disappointed that more progress towards a lasting peace has not been made.  The photograph was taken looking into Gaza fron the Black Arrow Memorial in Israel.