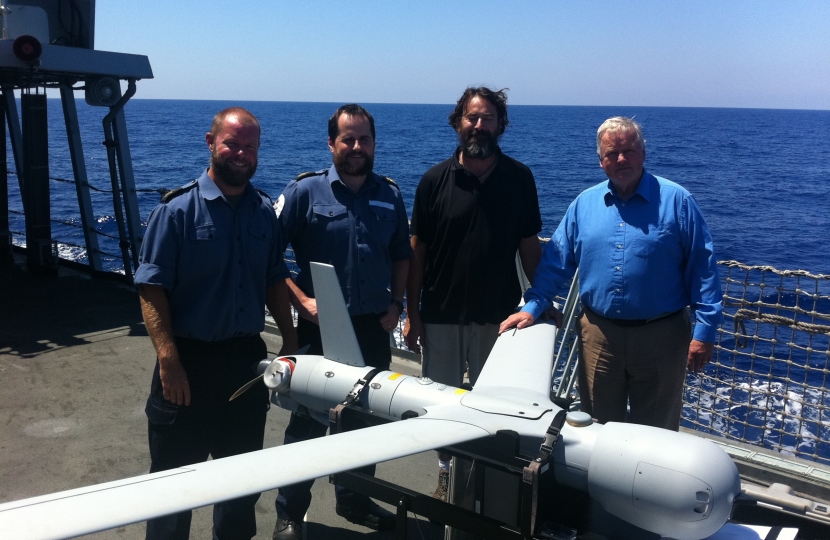 As part of his parliamentary duties as a member of the Defence Select Committee between 20 - 22 June Bob visited HMS Somerset on operational patrol returning from the Arabian Gulf.  The ship had been away from the United Kingdom for almost 6 months.  In the photograph Bob is seen with crew members and a Scan Eagle device being trialled for possible use by the Royal Navy.