The UK's Role in International Affairs 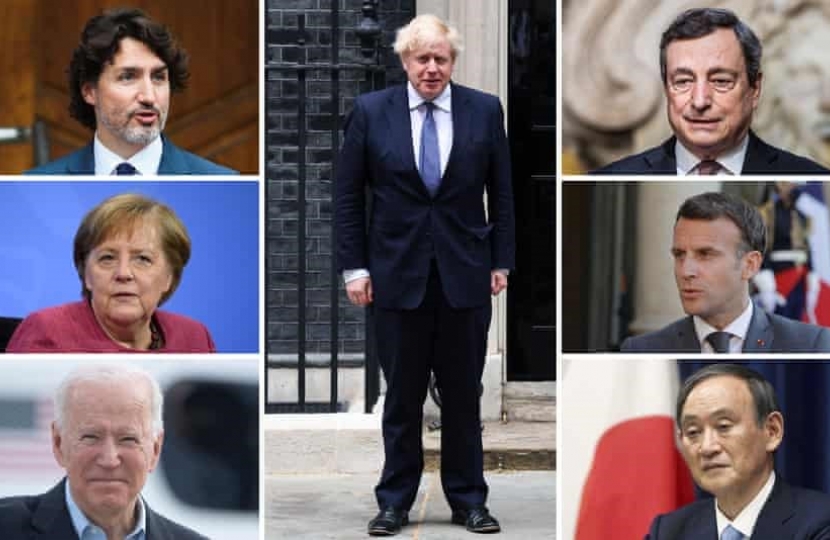 Last week we had a great opportunity to influence World opinion when the United Kingdom hosted the G7 Summit in Cornwall. The G7 states are an informal grouping of seven of the world's advanced economies: Canada, France, Germany, Italy, Japan, the UK and the United States.

Headlines suggest broad achievements; the strengthening international economic and security policies, advancing discussion of key global issues including climate change and gender equality, bringing donors together and supporting disarmament programs.  In addition there was agreement on the fact that G& states should act more in concert to counter the often malevolent policies of China both internally and externally.

All this is good stuff but it is equally important that the seven main leaders there had an opportunity to get to know one another.  Of course knowing people with whom you must cooperate helps greatly – especially when times get tough.

That President Biden took time to stop off at Windsor Castle to celebrate the Queen’s 95th birthday is a mark of great respect (although why he thought it diplomatic to liken Her Majesty to his mother is somewhat bizarre considering his own age.

Thereafter we took our place at the NATO Summit proud of being the second largest member after the United States, and one of the only countries in the Alliance who until now has paid 2% of GDP on defence and 0.7% GNI on overseas aid. Even at 0.5% we are still the fourth largest donor in the world.

Despite the sad necessity of extending Lockdown until 19 July, we can still be proud of leading the world in our successful vaccine programme (which would simply not have happened at such a speed had we still been a member of the European Union).  Only as a result of beginning to beat the disease here can we now look to providing the world with this British-invented and (largely) manufactured vaccine. And I was so glad to see our world-beating Oxford scientists being recognised in the Queen’s Birthday Honours List.

Meanwhile we should celebrate the fact that the Free Trade Agreement with Australia is the seventieth we have so far agreed (and the first negotiated from scratch) post-Brexit, the total value of the trade being about £1.4 Trillion. We are once again becoming a great trading nation in our own right, and we should be proud of it. There’s a long way to go, of course, and many a wrinkle to be smoothed out, such as the implementation of the Northern Ireland Protocol which I believe must be adjusted.

But overall we are starting to carve our own distinct and separate furrow in international affairs again and I am very pleased to see it.