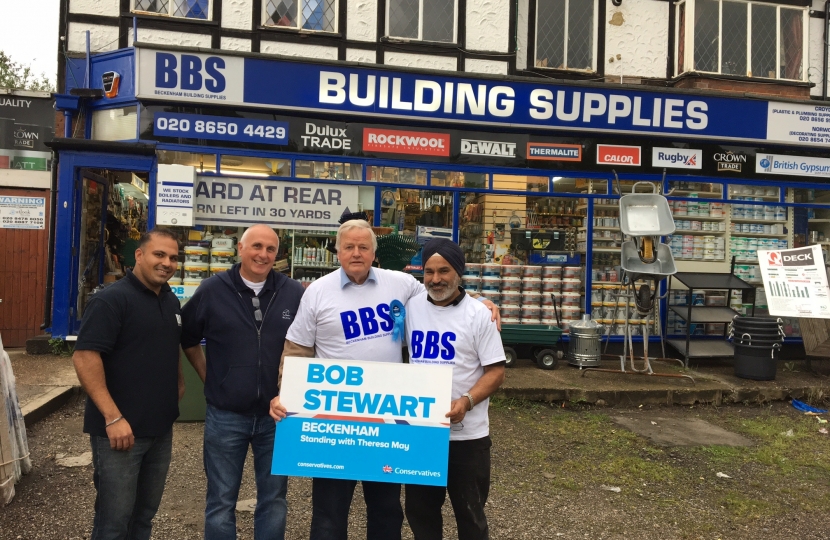 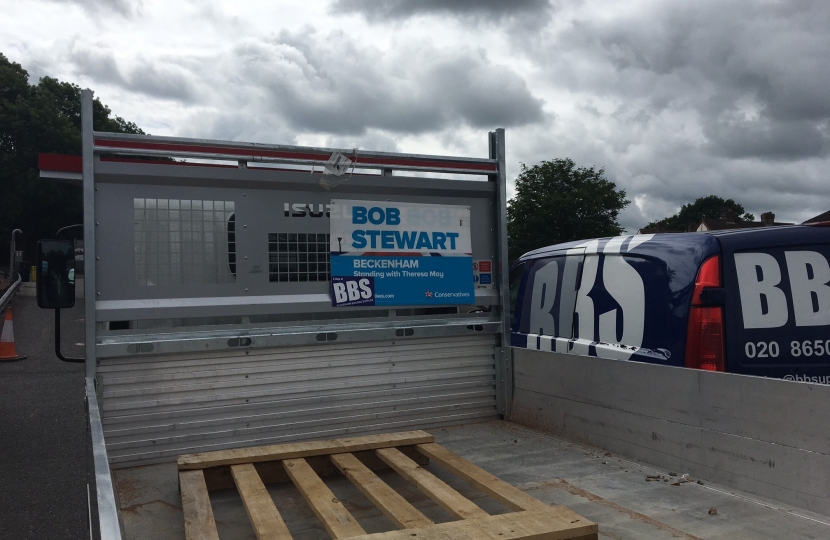 Today I spent some time in Kelsey and Eden Park where I met up with Junior Soora, Phil Hartley and Amarit Soora of BBS Building Supplies.  Amarit showed me that he had put my campaign billboard on his trucks which tickled me as they go everywhere.   During the afternoon I was in the Den Road area talking to constituents both on doorsteps and in their homes. However, before that, in the middle of the day, I met a group of friends for lunch in the Rascasse, Beckenham.  Over lunch we discussed the Leaders’ TV debates which took place last night.  The honest feeling was that neither scored a knockout blow but equally neither lost their footing.  I am told by friends in the media that such debates make little difference to voter intentions; we shall see.

But I was slightly surprised that the subject of where money comes from for policies as well as the state of our deficit and national debt were not mentioned once in those debates.  To me this is tremendously important because nationally we are still spending too much.  The Office of National Statistics (ONS), has stated that we remain in the red by £53.9 billion a year.  That is the amount the Government pays out more than it takes in revenue.  During 2009-2010 the deficit stood at £158.3 billion so it has been reduced since then by over £100 billion. Of course that’s good news.  Yet, as I mentioned it is still too high at £53.9 billion this year.  That amount will therefore be piled on to the National Debt which the ONS estimates as being £1.7 trillion already.  Servicing the National Debt in interest payments annually costs £43 billion.  That is about 5% of our annual budget and much more than we pay on for our Defence.

Unsurprisingly it is very difficult to start to reduce the National Debt until we balance our books.  At least under Conservative stewardship we are moving towards taking in what we pay out.  The intention is now to achieve that within a few years.   If the Labour Party were to be in power borrowing would rise astronomically and our debt would spiral out of control.