The Threat in the High North 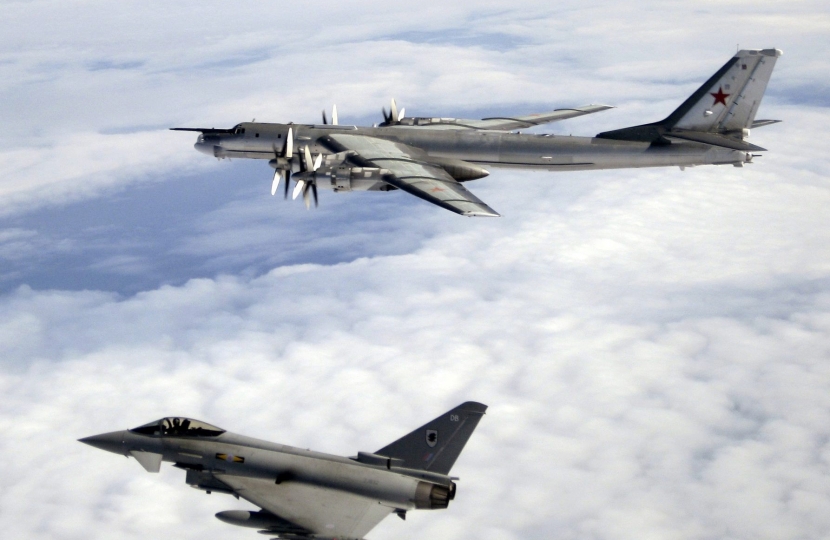 I do not often write about military matters because there are no MOD bases in my constituency. But I want to do so now to highlight a military matter which I believe we ignore at our peril.

As a member of the NATO Parliamentary Assembly (Government appointed MPs from NATO countries) we periodically meet in areas where NATO has an interest. In this last week such meetings have taken place in what NATO calls the High North – basically the Arctic and countries facing it which includes the United Kingdom too. So I went to Sweden and Iceland with other MPs to see for myself how people there see the military situation around them.

Unlike Iceland, Sweden is not a NATO country but it most certainly is aligned with us politically. That was obvious during my meetings, presentations and visits to the Swedish Navy and Marines. The Swedes are closely linked with us and are a firm member of NATO’s Partnership for Peace programme.

From what I heard it is clear that Russian activities in the High North are expanding hugely and that should matter a great deal to us – certainly more than it seems to do at the moment. Russia is spending a vast fortune building eight new military bases on its Arctic coast. It has doubled the size of its submarine force in the High North, has regular excursions into NATO airspace using its Bear bombers (see photo), is training thousands of troops in Arctic warfare near Murmansk, and its nuclear weapons are largely stored on the Kola Peninsula. In the Baltic the Russian enclave of Kaliningrad (to the West of Latvia, Lithuania and Estonia and North of Poland) is now the most heavily armoured area of land in the world within easy striking distance of all of Scandinavia and much of the remaining parts of Western Europe too. The threat from an expansionist Russia is as great as it was in the Cold War.

Let me also mention China and the High North too. It is clear now that China has world dominating ambitions, although, so far, it is much subtler than Russia in its approach. China has established what it calls ‘scientific research stations’ in Spitsbergen, and perhaps soon in the North of Iceland. It is bidding to develop new commercial airports in Greenland, from whence it can extract rare elements which are essential to all computers and mobile phones in the world. The Chinese giant company Huawei aims to run/control the World’s G5 network. That would be security madness and I am much against the idea of Huawei being allowed to have anything to do with our own G5 system. I consider it lunacy to even contemplate that and I hope the idea will be dropped as soon as possible.

With Whitehall and Westminster paralysed by BREXIT at the moment it would be a huge mistake if we were to take our eye off the creeping expansion of Russia and indeed China. BREXIT has nothing to do with NATO which remains as important to our security as ever.