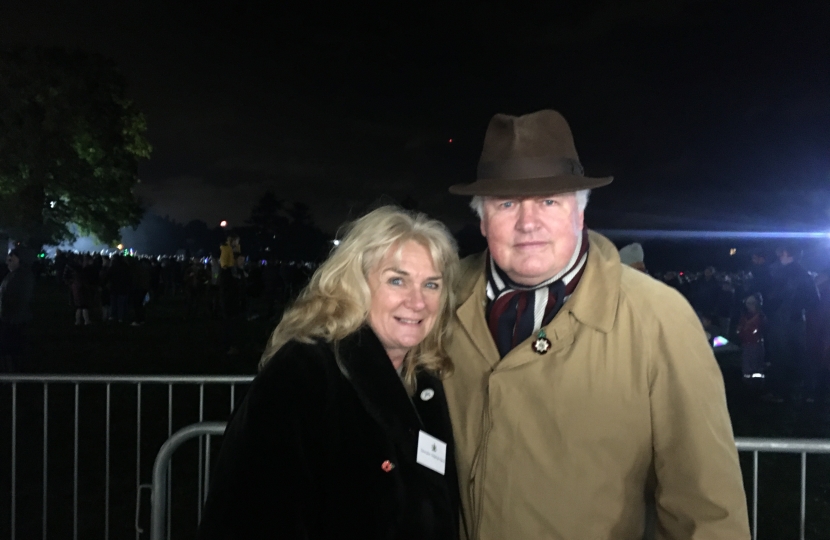 Last night I attended the 5th Beckenham South Scout Group Charity Fireworks Display in the Croydon Road Recreation Ground. The scouts have organised this event for the last 4 years but it is actually the 72nd Anniversary of it being run. The weather was not great but at least it had stopped raining before the main display. I was there with Councillor Christine Harris (photo). However the conditions made little difference to the enthusiasm of the huge number of children there. I estimate there were several thousand people present with many of those I spoke to coming from far and wide. This event is getting bigger and bigger as each year passes.

I am pleased to note that the freeze on state pensions and benefits such as job seekers allowance and universal benefits will be over soon. These are again going to rise in line with inflation and is good news. The Government is pledging to boost the state pension by 3.9% - a move worth an extra £344 a year - while working-age benefits will rise by 1.7%. Of course, I recognise that the approaching General Election must have influenced that decision but, so what - it is good news for those affected and I am well pleased.

Officially I remain an MP until midnight on Tuesday 5 November when the House of Commons is dissolved until after the General Election on Thursday 12 December. For then onwards I cannot deal officially with constituent e mails or letters. This came as a surprise to me when I first leant it was normal during my second General Election in 2015. My parliamentary e mail will be turned off then and letters will not necessarily reach me either. Hopefully that will change again if I am re-elected which I sincerely hope will happen.