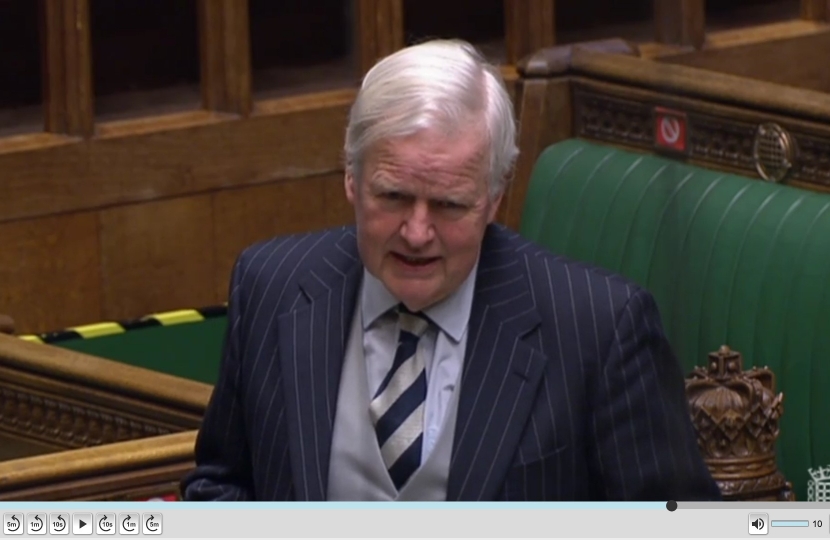 It is a pleasure to speak in the second day of the Budget debate.

This Budget has one overriding aim—to kick-start our economy, which shrank by 10% last year. We are now set to borrow a peacetime record of £355 billion this year. This is jaw-dropping, I agree, as is the fact that 700,000 people have lost their jobs since the pandemic started. The Government’s primary duty is to do what they can to help the people and our economy.

On the face of it, such huge borrowing does not look Conservative in any way, but it is. What is proposed by the Chancellor is pragmatic, sensible and bold. He has accepted the reality of the situation and has taken realistic action to remedy the problem. Needs must, and such action is crucial now.

This is a very Conservative approach. Such pragmatism is why the Conservative party has been the most successful political party in history. Conservatives are not ideologically driven to the extent that they do not adapt to a situation that requires change, and that is certainly the case at the moment.

Now is not the right time to hammer the economy or the people, who are already on their knees. Today is the time to succour and support our recovery after the traumas we have had to sustain over the past year or so. That is our top priority. Luckily, borrowing is at its cheapest rate ever, and we should use that situation as a tool to help us in the recovery.

I totally support this rather canny Budget. I agree with the Government that they are determined to do their best for everyone in the country—everyone, whether in Northern Ireland, Scotland, Wales or England.

Let me turn to a few matters coming directly from the Budget that I am very pleased to mention. I like the fact that the furlough scheme has been extended to September. I am also delighted that the benefits for the self-employed have been extended. I am particularly happy that about 600,000 more people who are self-employed will be able to claim assistance.

This has been a matter of great concern in my constituency, where a large number of people determine their living very much on their individual wits and hard work. Some of them have had a really hard time. Far too many of my constituents have fallen through the gaps in the support that has been extended to date. Lots of them have been unable to demonstrate, in particular, that they were self-employed on their tax returns, and I hope this anomaly has now been resolved.

It is also good news that the £20 uplift in universal credit, worth £1,000 a year, has been extended.

It saddens me, though, that the Budget does not seem to help leaseholders with the remedial costs of cladding. I reckon the Government are going to do something about that in due course, but it is not part of the Budget; in a way I wish it was.

In truth, I consider this to be a very professional, necessary Budget in these extraordinary times, and I am delighted to say I fully support it.

Speech from the Debate on the Strength of our Armed Forces

I get the idea of grey-zone warfare. I studied strategy; I realise that we cannot fight the next war as we fought the last war—I get that, too. The real problem is that we are going to have to do the next war in a different way. I get that as well.