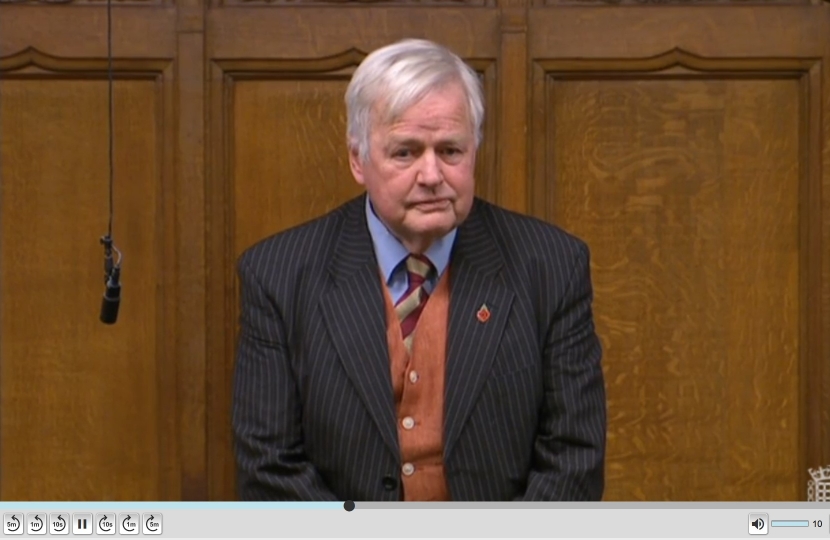 I start by quoting a poem by “Woodbine Willie”—Padre Geoffrey Studdert Kennedy:

“There are many kinds of sorrow

In this world of love and hate

But there is no keener sorrow

Than a soldier’s for his mate.”

That is very apposite for me today because I remember all the men who were killed under my command. In particular today, may I mention those killed at Ballykelly on 6 December 1982? Seventeen people were killed: six of them were civilians and 11 were soldiers. Six of the soldiers were from my own company, A Company of the Cheshires—Steven Bagshaw, Clinton Collins, Philip McDonough, David Stitt, Steven Smith and Shaw Williamson. They all died when I was present.

It took me four hours to identify my six soldiers in the morgue of Altnagelvin Hospital. I went to their funerals in Cheshire—six funerals in five days, two on the Friday. At the second funeral, as I came out of St George’s church in Stockport, there was an old lady crying on the far side of the road. I crossed over. I was in uniform. I put my arm round her and I said to her, “Don’t worry—he’s out of his pain.” She said, “You don’t understand, young man.” I said, “I do understand”, because I felt inside my brain that I did understand—I was there when he died. But she read my brain—what I was thinking. She said, “No, you don’t understand. You see, I stood here when I was a little girl and watched 6th Cheshires—I think it was 6th Cheshires; they were Cheshires—march into that church, 900 of them. After the battle of the Somme they filled three pews. I am crying for them.” Then I understood.

One thousand, four hundred and forty-one soldiers, sailors and airmen—service personnel—died in Northern Ireland. That is more than in all the other conflicts together since, by 50%. You have to remember that.

I remember, too, my escort driver, Wayne Edwards, killed on 13 January 1993. I had given the order to escort four women to hospital through Gornji Vakuf, and he was shot through the head as he did so. I am responsible for his death.

When I came here in 2010, I went into the Tea Room and a guy (a chef) comes up to me and he says, “Nice to see you, Colonel—we haven’t met since Turbe.” I said, “Why?” He said, “I was in the Bosnian Croat army. I was a sniper.” I said, “The snipers shot Staff Sergeant Steve Bristow in the head. You were a sniper.” He said, “Yes.” I said, “Well, that’s a turn-up for the books—you’re working in the House of Commons and I arrive here and you’re actually a sniper that’s shot one of my soldiers.” He said, “Yes.”

But here is the point: he was a young man doing his duty, as he saw it. He was not a criminal; he was just doing what he thought was right.