The Situation at Camp Ashraf in Iraq 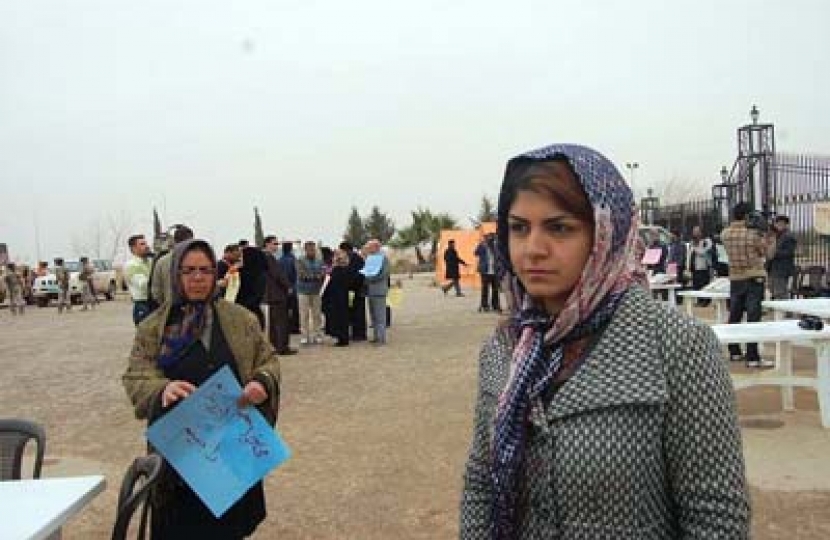 On 1 September 2013 fifty two Iranians were killed at Camp Ashraf in Iraq.  It was not the first of such attacks either.  The people in Camp Ashraf are political refugees and opponents of the current Iranian Government.  Those killed were most likely murdered by Iraqi Military Forces although Iraqi Prime Minister Nouri al-Maliki maintains that the deaths were caused by infighting amongst camp residents. It is well known that the al-Maliki Government, being mainly Shia in form, has close supportive links with Iran.   Seven people were abducted and are held as hostages, hopefully still alive, somewhere in Iraq.  I fully support the residents of Camp Ashraf who remain in extreme peril.

On Tuesday 10th December 2013 I attended a rally about Camp Ashraf, the seven hostages and freedoms within Iran in Committee Room 12 at the House of Commons.  Mrs Maryan Rajavi, President Elect of the Iranian Resistance, was present.  The meeting itself was hosted by various MPs, particularly Brian Binley, as well as some members of the House of Lords.

The biggest immediate concern is the fate of those seven hostages.  It seems almost certain that the attack and murders in Camp Ashraf on 1st September were instigated by the Iraqi Government (presumably with at least tacit approval from Iran).

At the Camp Ashraf Rally I gave a short speech saying that the only long-term solution was a change of Government in Iran; by the people of Iran and not by outsiders.  I said I believed we should develop and re-establish relations with Iran (respective embassies were closed in November 2011).  This may be distasteful but dealing with unpleasant people, as I found in Bosnia during 1992 – 93, is normally inevitable if you want to help innocent people.  At the moment we have precious little influence in Iran and the same probably goes for Iraq.

With regard to Camp Ashraf itself I said it was vital to have independent witnesses there.  A delegation positioned in location from the International Committee of the Red Cross would be ideal but that seems unlikely.  The same holds true for a United Nations delegation.  Both official bodies would need deployment approval from the Iraqi Government and I simply do not see this happening.

I was direct on our likely sway over what happens to the missing seven hostages; I feel we probably have no influence whatsoever.  Even international condemnation of what happened may be counter-productive and seal their fate.  Again I experienced examples of that when I was the UN Commander in Bosnia during 1992-93.

Finally I know the Foreign and Commonwealth Office is fully aware of what has happened and I believe it is doing what it can to alleviate the situation. But it is doing so cautiously so as not to make the situation worse – particularly for the seven hostages who are hopefully still alive.