The Situation in Bosnia 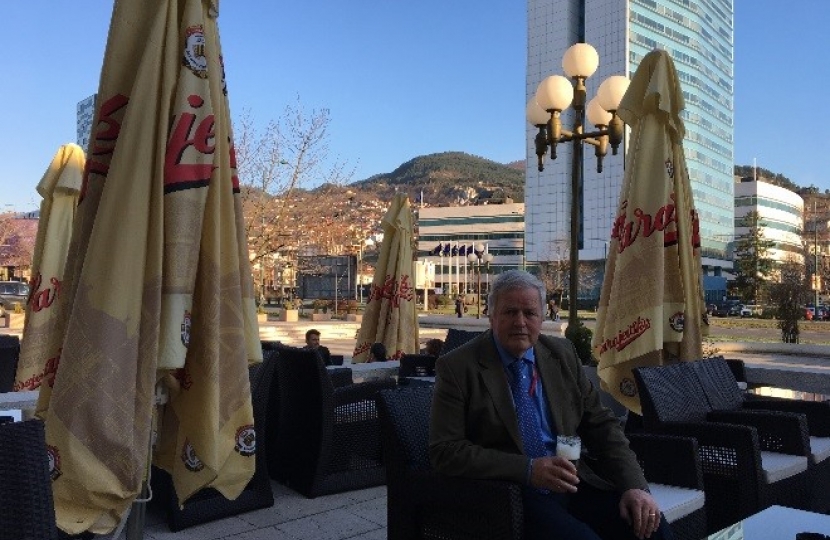 From 22 - 24 March Bob travelled to Bosnia with a parliamentary delegation.  There he attended a Western Balkans Security Conference organised by the NATO Parliamentary Assembly.  Speaking at the conference Bob said he was delighted that the shooting and killings had stopped in the country but he was appalled that corruption stretching right to the top of political life was still so endemic.  He stayed in the Holiday Inn whilst in Sarajevo.  He been there before; in 1993 when, as British UN Commander in Bosnia, he had visited some of his soldiers operating in Sarajevo during the city's siege by the Bosnian Serb Army.  Then his room had had to be on the side of the hotel which was not being attacked by snipers and the target for shellfire.  The photograph shows Bob at the Holiday Inn with what used to be 'Snipers' Alley' in the background.