The Situation in Aleppo, Syria 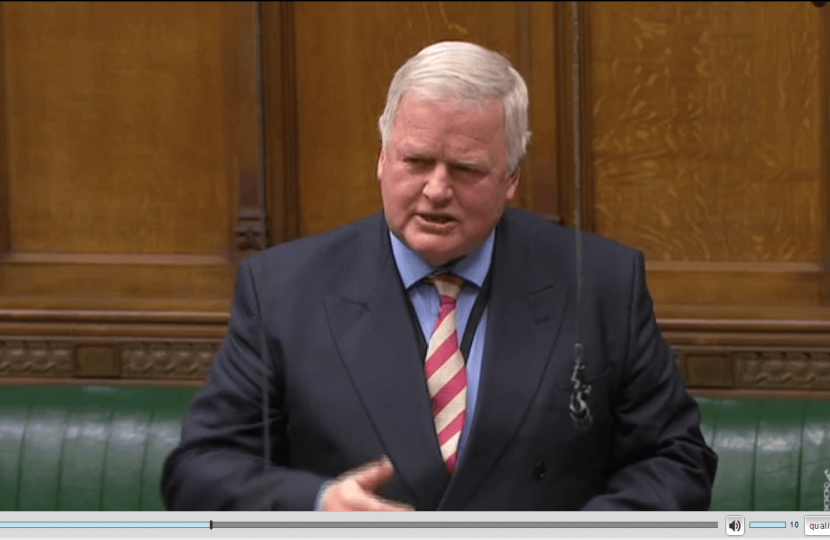 Yesterday, at an emergency debate on the situation in Aleppo, I made a small contribution.  To start with I intervened on the Labour Shadow Foreign Secretary who is in favour of simply flying aid into Aleppo immediately.  I said:

“I am really concerned about the idea that we might send our aircraft into airspace that is contested and hostile. As I know, they fly low to drop the aid, and they can be taken out by ground fire, not just missiles. I suggest that all those people who wish this to happen sign their names and perhaps travel on the RAF aircraft, because the action would be extremely dangerous.”

Thereafter, although not against the idea, I made a 4 minute speech explaining the difficulties of establishing a humanitarian corridor as I saw them.

“I would very much like to see a humanitarian corridor going to eastern Aleppo, but may I talk about the practical requirements needed to establish such a route, and to get people to safety without anyone fighting to achieve it? I will give a few thoughts based on my experience of frequently having had to do that job in the 1990s.

Everyone present knows that this would be a very difficult operation and would require, at least, Syrian Government and Russian approval. Clearly the route must be free from air and ground attack. Without this, establishing a safe route into and out of Aleppo would be impossible. That is the first, and probably most vital, prerequisite for achieving success, and I suppose our diplomats are working overtime on such matters as I speak.

I also take it as a given that this operation would be done under the United Nations flag. Of course, therefore, every vehicle would be emblazoned with the UN cypher, and be operating under the moral authority of the world’s forum, but in truth, forces fighting on the ground may not be under effective control of even their own side. In such circumstances, small fighting groups often act independently and, if so, they could cause huge loss of life.

In Bosnia I used small teams led by a liaison officer to prove that we could use routes before allowing convoys to go down them. This was dangerous work and it was a job that involved convincing every commander of every roadblock that it was to be open. I have to say that if we were to suggest such a thing, we may well have to send our officers on the ground to do it. I would support that.

Of course there also has to be a plan for the worst case when things go wrong. In Bosnia I could send my own troops in, but we cannot send troops into Syria. These convoys would be on their own, and they would be dependent on Syrian military and militia goodwill, and of course that of the Russians.

If we are successful and get a humanitarian convoy out of Aleppo to a place of safety, we will be responsible for the people in that convoy. We have heard already today of people being “executed.” I hate that word; they are murdered. Execution is a judicial process; those people have been murdered. We would have responsibility for ensuring these people’s safety.

Establishing a safe humanitarian corridor can be done, given determination and the will and consent of belligerents. We cannot fight our way in—well, we could if we were up to it, but we are not—but let me be clear: this will not be easy and requires a huge number of preconditions to be met.

Finally, may I remind this House that if Members suggest that we should lead humanitarian convoys into Aleppo, we will bear responsibility for whatever happens, good or bad?”