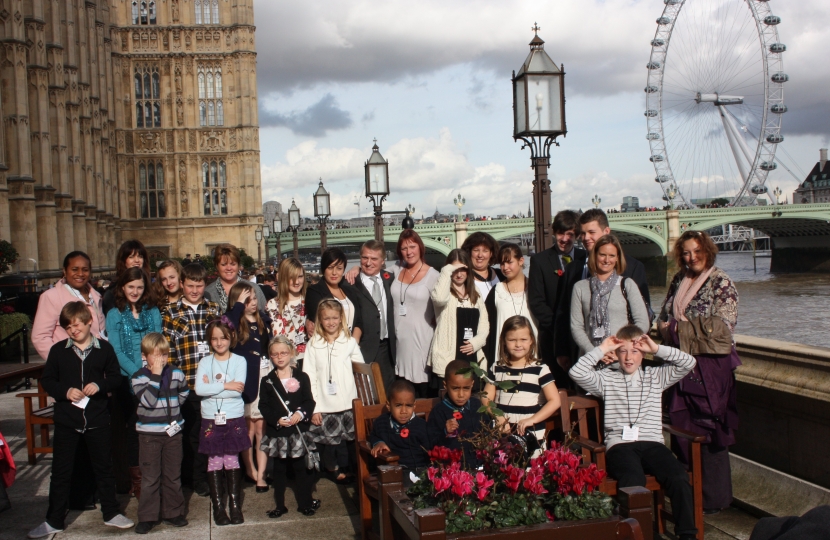 The visit was organised by the charity Forces Children's Trust. The Trust is a charity devoted to helping dependent children who have lost a parent whilst serving with the Armed Forces. Chairman Denny Wise accompanied the group on their tour.

Bob Stewart MP said 'I was delighted to spend the day hosting the widows and children at Parliament. They have all made a tremendous sacrifice and it is right that that Parliament recognises this'.