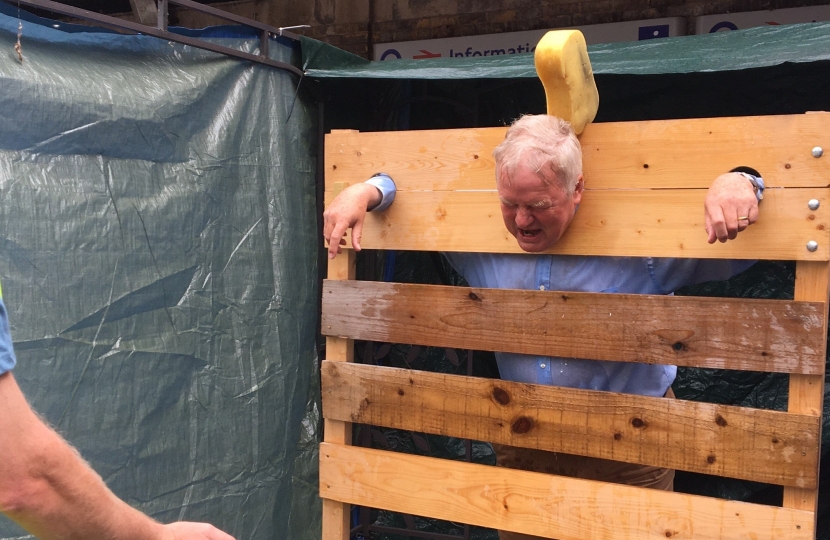 Today is Armed Forces Day but I had attended the formal local ceremony held at Bromley's Civic Centre earlier in the week.  However, because of my obvious connections to the Army, I was also invited on to Andrew Castle's LBC radio programme to review the papers; which I did from 7.30am this morning.

Of course what happened to the Grenfell Tower and its reverberations still dominates the news as residents of other blocks with similiar cladding have to be evacuated. Clearly that must occur as a precaution but it is obviously highly inconvenient and very difficult for some people, particularly the ill, infirm and elderly.   Although tower blocks are being checked nation-wide, thankfully, to date, no similiar unsafe cladding has been found in the Beckenham area.

Apart from that I also spoke with Andrew Castle about my view that politics seemed to have become much more vicious in this latest general election - the third I have fought.  For instance, on Thursday evening I was at the annual dinner of the Bury St Edmonds Conservative Association and there I heard about an 81 year old lady who had had the front of her house covered in red paint for 'daring' to put a Conservative poster in her front window.  More locally, in London, I know there were other instances of Conservative supporters being jostled and spat upon. Name calling in the last election seems to have dropped to new lows as well - which I personally experienced here in Beckenham.  I am really saddened and indeed angered by this.  Some people clearly think they can do what they like publicly - including, it seems,  the encouragement of  what was called a 'day of rage to bring down the Government'.  We must stop this abhorrent trend of nasty vindictiveness which seems to be appearing quite fast in our politics.  For goodness sake, we live in a civilised and great country, do we really have to legislate to try and stop this sort of thing? Sadly we may have to if it continues.

Just to bring me back to earth, at lunchtime today, I was subjected to my (now) annual dousing with water sponges in the stocks at the Shortlands Station Fair.  It seemed to me that those throwing seemed to have had some practice since last year as most shots hit me full-on.  The people paying most to assault me seemed to be the staff of South Eastern railways led by their Customer Services Manager, Mike Gibson - possibly because I have complained so many times on behalf of both myself and constituents about late running and over-crowded trains!