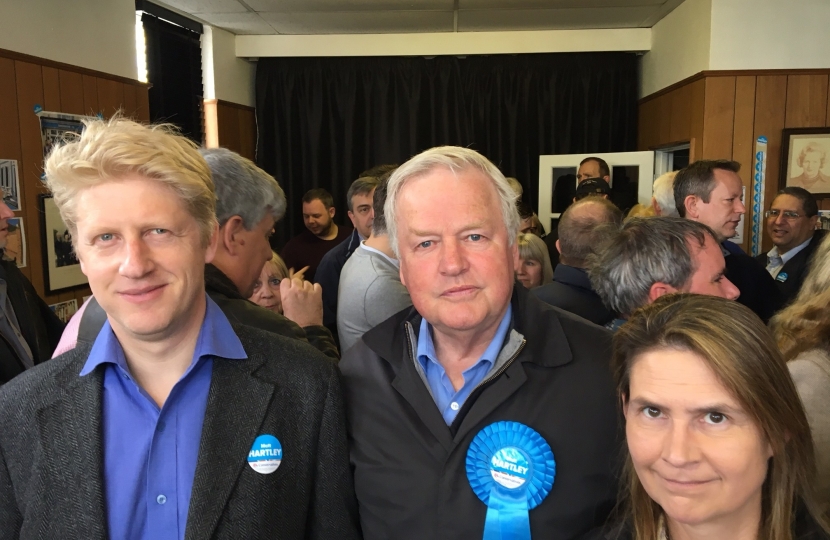 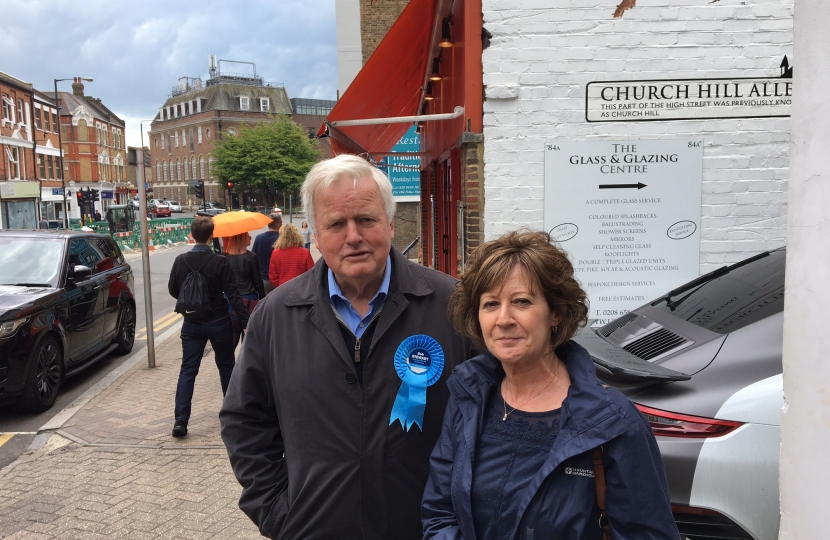 Back on campaigning today we went again to Eltham and joined Matt Hartley’s team for a mass delivery of leaflets.  There were quite a few other activists from Beckenham there too.  These included our Chairman Brian Cooke, Councillor Mary Cooke, Councillor Alexa Michael, Councillor Tom Philpott, George Burr and Richard Lieburg.  There were probably others there too but in the crush I might not have seen them.   Conservative Bromley area candidates Bob Neill and Jo Johnson turned up too as did Gareth Bacon, MLA for Bromley and Bexley as well as being Conservative Leader on the London Assembly.

At lunchtime I plonked myself in the Cafe in the Elmers End Tesco Superstore and over a sandwich and a drink chatted to a few people around me.  Thereafter, in the afternoon, I spent three hours divided between high streets in Beckenham, West Wickham and Hayes (Station Approach).  Basically I walked around and talked to people who wished it.   As I did so I bumped into Sue Holloway (in photograph) near St George's Church.