The Prosecution of Veterans of the Northern Ireland Campaign 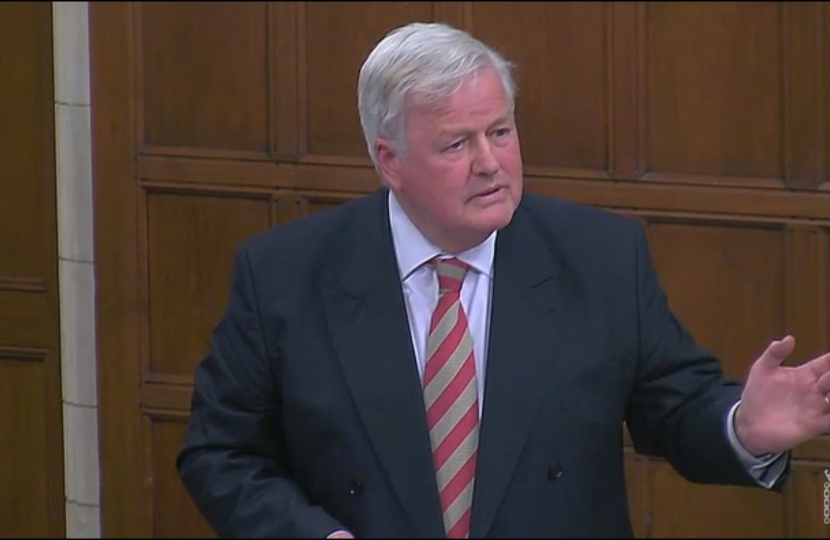 On Monday 20 May I made the following speech in the Westminster Hall debate on the subject of immunity for veterans of the Northern Ireland campaign.

I served for more than three years in Northern Ireland, on seven operational tours. I first went there in 1970. Sadly, I lost six men who were directly under my command, and many more in my unit. Almost 50 of the men under my command were wounded—35 in one incident. I have been involved in several fatality shootings. I think I have the right to speak for Northern Ireland veterans today.

We were sent to Northern Ireland by our predecessors. The Glosters were sent in, I think, August or September 1969. We were sent to save lives, to look after people. We were given a yellow card, which was approved by Parliament, and that yellow card told us what we could and could not do under fire. We trained very hard on it. We memorized it. We rehearsed it. Colleagues are nodding their heads. We practiced on exercise incidents so that we would learn.

Army training screams out against opening fire in peacekeeping. That decision is an incredibly difficult one to make and it is very difficult in an urban environment because soldiers are thinking, “If I open fire, who else am I going to hurt?” How many times did I see instances of our soldiers not firing when under fire because of the possibility that children or women would be caught in the crossfire? That tactic was used by our opposition. There is huge inhibition to opening fire, and the decision to do so has to be made in milliseconds by our young men. By the way, I worked with some young women on operations, but not in the infantry. When that decision and those actions are judged, it is in some courtroom, warm and nice with time and lawyers. A judgment is being made about a decision taken by someone who is panicking like hell.

We must remember that most of our young men were 18 or 19 years old. They were kids. My soldiers looked so young that they could have been in year 9 or 10 at school.

Firearms were used as a last resort. On the yellow card it says, in capitals:

“FIREARMS MUST ONLY BE USED AS A LAST RESORT”.

That was drilled into us. A challenge had to be given before someone could open fire, unless doing so, it says on the yellow card, would increase the risk of injury or death to others or oneself. That challenge was clear: “Army. Stop or I fire.” Again the yellow card is specific: opening fire was allowed only if lives were endangered by someone firing a weapon at a soldier or someone they were protecting, or if someone was planting or throwing an explosive device—the card specifically mentions petrol bombs. One third of my platoon were injured by petrol bombs in 1970 on the streets of Londonderry, at the Rossville Street/William Street junction—one third burned, and we had not opened fire at all. And nor did we.

If someone is driving at a soldier, that soldier is allowed to open fire.

Finally, if a terrorist has killed someone or is in the act of killing someone, a soldier can open fire if they cannot make an arrest in any other way.

We could only open fire with aimed shots, not with machine gun fire; we did not do it automatic. We had to use “the minimum force”—that, again, is on the yellow card—and we had to be careful that we did not hit innocent people. That little phrase stopped so many British soldiers from firing, particularly in Belfast on the Falls Road.

I know what happens in the case of a fatality, as I was involved in such an investigation. The Royal Ulster Constabulary and the Special Investigation Branch of the Royal Military Police hauled us over the coals. Even though we had just acted to save our life or someone else’s life, we were treated as though we had done something wrong. Soldiers are separated, questioned individually and kept in isolation. They are not given assistance and they have a very uncomfortable interview. The weapons they used are seized and checked; all the ammunition is counted, and they have to account for every single round. That is what happened to our men, and some women, when they were involved in fatality shootings.

Detailed reports were produced. The problem is that those reports are usable by the Director of Public Prosecutions; they are dug up, and some people go to court. In 1978, I had a very uncomfortable interview with two soldiers who were working with me. They were not infantry. I told them they had to go to court and would be charged with manslaughter. They went ballistic. They said, “Sir, you bloody officer. You are actually going to ditch us. You are going to abandon us; you are going to let us go to a court.”

I felt rotten, because I agreed with them, but the Royal Ulster Constabulary told me that I had to instruct those soldiers to go to court and I had to support them, because if they went to court on a charge of manslaughter and that court proved there was no case to answer, the case would be dismissed and they would never hear about it again. Well, will they?

We always acted within the law. If we did not, as we have heard already, we should be prosecuted, but this card was given to us by our predecessors in this place as a protection, as well as instructions as to how we should act.

Terrorists just disappear. There is no record of what they have done; they just kill. We must not judge them in the same way as soldiers. It is so easy to go after men in uniform who went out at our bidding and acted within the law, with everything written down. It is so much more difficult to get evidence on a terrorist. Those terrorists just disappear, and then they get letters; I know those letters do not give them immunity, but it seems like they do. To the men and women who are veterans and who I am trying to represent, it seems like our Government—or Governments, because this includes the Labour Government as well—are giving those guys get-out-of-jail cards. So many of our veterans feel really bitter about that.

It is unsurprising that there is huge anger among the veteran community. They ask, quite rightly, “What are you Members of Parliament doing to help us? You sent us there. You gave us this bloody card and said that if we used it and acted in accordance with it, we would be protected.” Now, our soldiers need protection. They need our protection.

How can soldiers, policemen and members of the Ulster Defence Regiment—some representatives of that regiment are here—be considered in the same light as a terrorist? Those guys went out to kill; we went out to save lives. There is a huge difference in intention, and we have to sort this matter out. Terrorists did not give a damn who they killed. I have held people dying—women and young girls, including one 18-year-old girl who happened to be a Catholic. They did not give a damn who they killed, and it was terribly upsetting.

Colleagues, we cannot consider our servicemen and servicewomen in the same light as terrorists. I am ashamed that our Governments—I say “Governments” because I include Labour, the Coalition and our present Government—are, as our servicemen and servicewomen see it, complicit in a witch hunt against them. These are old soldiers. Many are in their 70s—I will get there in a couple of months.

In the Army, when we really wanted to sort something out, people would be told, “Get a grip.” It is time that our Government and our Ministers got a grip.