Our Guilt for Afghanistan 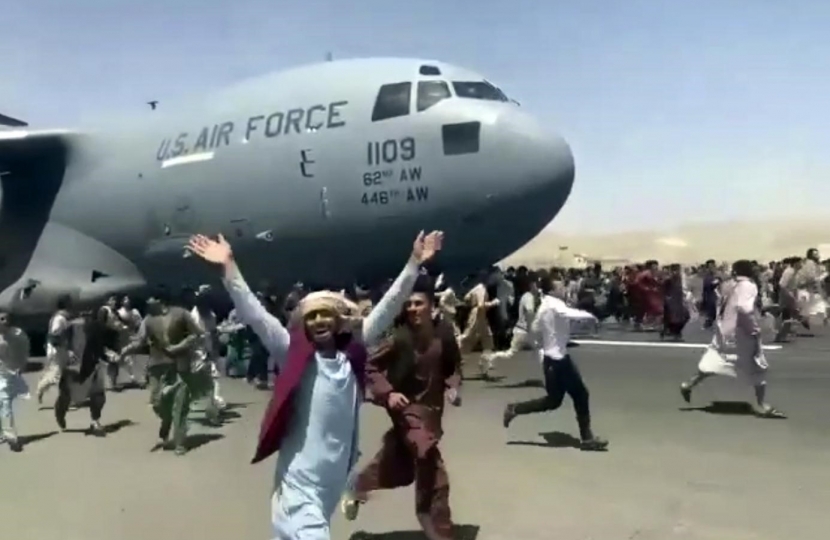 I am utterly and completely horrified by the situation now existing in Afghanistan. The idea that people are desperately clinging to aircraft as they take off because they believe they will be butchered if they remain behind on the ground is utterly abhorrent. They have good cause to fear that too. I am appalled by what has and could be about to happen in the country.

Based on previous track record the Taliban will be utterly ruthless with anyone who remains in Afghanistan who they believe could have or will be against them in the future. That extends from men to women and on to children, even babies. Taliban ideology apparently allows the commitment of appalling crimes and everyone in Afghanistan knows it.

Whatever Taliban spokesmen say about being fair and decent in the way they govern I simply don’t believe them. In Kabul I understand the Taliban have thrown open the gates of the main prison. The terror has already started for those outside Kabul where Taliban fighters are going from house to house seeking out anyone who they believe might have or could oppose their rule. That includes politicians and judges, teachers and government officials (especially female ones) – not just those who served in the Afghan armed forces either. Their chances of survival after arrest are slight and it is already known that many have simply been slaughtered and their bodies desecrated.

In the general population women will be forced to wear all covering outfits, stopped from going outside their houses without a male, family escort, and their education will cease immediately. Young girls will be targeted to become brides of Taliban fighters – without any form of consent being sought. Goodbye to any form of female emancipation.

What can we do? The honest answer is; really very little, except to provide sanctuary for those people who manage to escape and we must do that – not only for those people, like interpreters who helped our armed forces. We gave up our macro responsibilities in-country when the international military forces announced that they would withdraw completely from the country. What a mistake!

Can we go back? To do so would require American leadership and huge commitment from other states too. I simply cannot see that happening. Could the United Nations take the lead as it is meant to do? Yes, but it won’t because no state wants to get involved there again.

I also feel guilty that over 457 British Service personnel have died in Afghanistan. What price their sacrifice? How do their wives, parents and all their friends and relatives feel today?

As human beings we have failed our fellow human beings who happen to have been unlucky enough to have been born in Afghanistan. My late mother, who herself served in the Special Operations Executive in World War II, once told me that she felt guilty that the Holocaust had happened in her lifetime because her generation had failed to stop it. When I pointed out that she had done ‘her bit’ she was tart in response. ‘But we all failed didn’t we’, she said. I feel exactly the same way as my mother felt all those years ago. I am certainly not sleeping well at the moment.

Our generation have botched supporting our fellow human beings in Afghanistan and then deserted them. All of us must bear that responsibility. God help the people of Afghanistan.