No Third Vote - Yet! 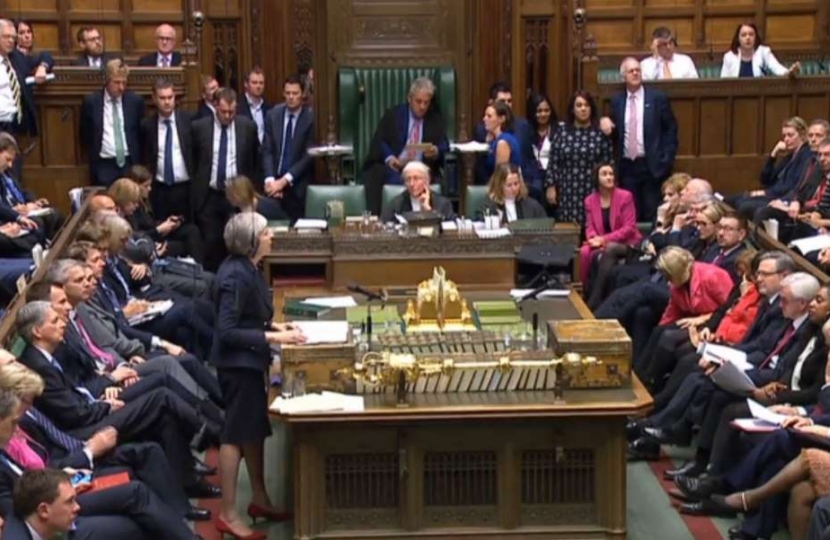 I am not sure why people are stunned that Speaker John Bercow ruled out the return of Mrs May's Draft Withdrawal Agreement for a third time. Even I, no parliamentary historian, knew that according to long-established procedures that should not happen. Parliamentary procedures are based on a book by a past Clerk of the House of Commons called Thomas Erskine-May and first published in 1844 which has had 24 updating editions since. Yet the Speaker's move took everyone - obviously including Number 10 - by surprise.

However I somewhat resent the evident relish with which Mr Bercow wrecked Mrs May’s plan. He clearly wants to scupper BREXIT and he has a lot of support for that in the Chamber of the House of Commons in which the majority of MPs wish to stay in the EU. Personally I believe Mr Bercow has lost his impartiality - a requirement for the job - a long time ago.

Obviously the announcement by Speaker Bercow that Mrs May could not bring back her meaningful vote for a third time has a big impact on the Government’s plans for BREXIT. So what is the way ahead with regard to leaving the EU?

There seem to me to be 3 options.

Option 1 is to leave on 29 March without reaching a deal with the EU and our trading relationship being on World Trade Organisation rules. Actually it is the Government's default position but the Prime Minister seems determined not to allow that to happen whatever her ‘mantras’ of the past (‘No deal is better than a bad deal’). In that she will be supported by many MPs – mainly Labour ones rather than Tories and certainly not me. I think the House of Commons y to sink thi choice if it looks imminent.

Option 2 is to use a short extension (possibly to 30 June) to the Article 50 the time period to re-negotiate a deal based on a new revised May plan. There is an EU Council Meeting on this Thursday (21 March) and I suppose she might get some concessions to bring back to the House of Commons for a vote next week. I hope that can happen but nobody can yet know. This option also needs the agreement of all 27 other EU states which is by no means guaranteed.

Option 3 is Option 2 Plus insofar as we extend the Article 50 time period more than a few months but it probably binds us in to European Elections and the next session of the EU Parliament. This would clearly be the option favoured by those MPs who do not want us to leave the EU. Again this option needs EU agreement.

Personally, I would like the matter dealt with fast and Option 1 looks attractive and I would support it to get the matter settled so we can have certainty and move on with other matters than BREXIT. But we have a ‘remainers’ Parliament and I think it (and probably the Prime Minister too) will do anything it can to stop it. Clearly many ‘remainer’ MPs hope that such procrastination leads to us staying in the EU. That is directly against the result of the EU Referendum 2016 and it would not secure my vote.

I suspect that Mrs May will be trying to cobble something together and then try and bring a revised plan back to the House of Commons, possibly next week – hopefully with some concessions from the EU too.

In the absence of viable alternatives - Option 1 looking really unlikely now - I would probably have to vote for Option 2 ; a revised May plan (to save BREXIT) given the chance. But I would do so ‘holding my nose’ not least because it is the least bad choice on the table.