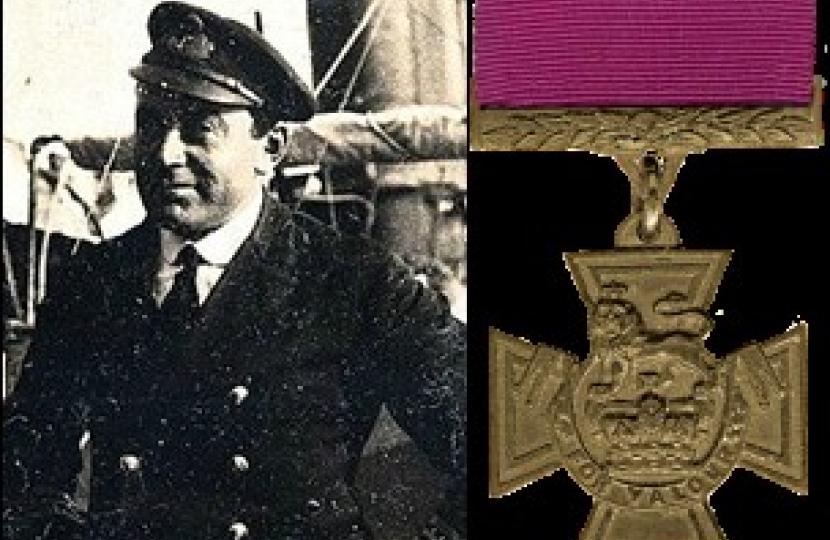 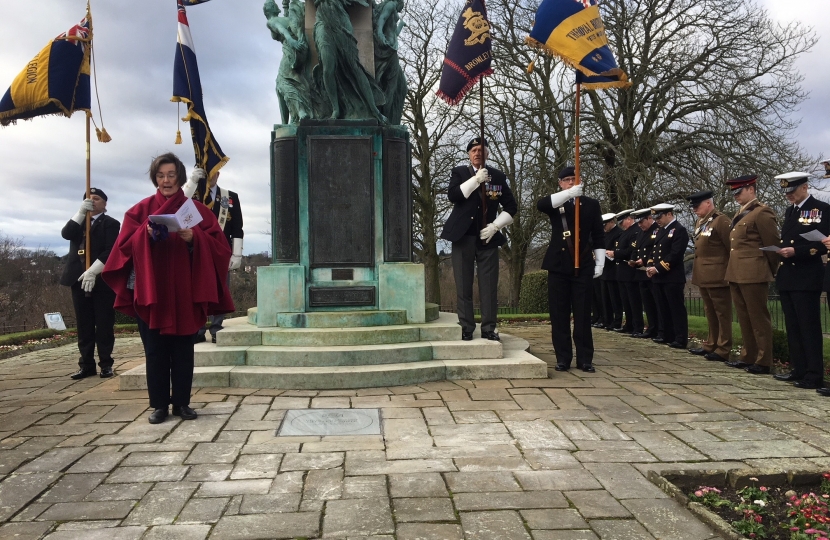 Today I was honoured to be present at the dedication of a plaque to the memory of Lieutenant Commander Geoffrey Saxton White who died when commanding His Majesty's Submarine 'E 14' in the Dardanelles on 28th January 2018. Posthumously he was awarded the Victoria Cross.

The plaque was positioned on the Bromley War Memorial and looks across the valley to Durham Road in Shortland where he was born in a house where the apartment block Chester Court now sits.

I think his citation for the VC is well worth noting:

The KING has been graciously pleased to approve of the posthumous award of the Victoria Cross to the undermentioned Officers : —

For most conspicuous gallantry and devotion to duty as Commanding Officer of H.M. Submarine "E 14" on the 28th of January, 1918.

"E 14" left Mudros on the 27th of January under instructions to force the Narrows and attack the "Goeben" which was reported aground off Nagara Point after being damaged during her sortie from the Dardanelles. The latter vessel was not found and "E 14" turned back. At about 8.45 a.m. on 28 January a torpedo was fired from "E 14" at an enemy ship; 11 seconds after the torpedo left the tube a heavy explosion took place, caused all lights to go out, and sprang the fore hatch. Leaking badly the boat was blown to 15 feet, and at once a heavy fire came from the forts, but the hull was not hit. "E 14" then dived and proceeded on her way out.

Soon afterwards the boat became out of control, and as the air supply was nearly exhausted, Lieutenant-Commander White decided to run the risk of proceeding on the surface. Heavy fire was immediately opened from both sides, and, after running the gauntlet for half-an-hour, being steered from below, "E 14" was so badly damaged that Lieutenant-Commander White turned towards the shore in order to give the crew a chance of being saved. He remained on deck the whole time himself until he was killed by a shell.”