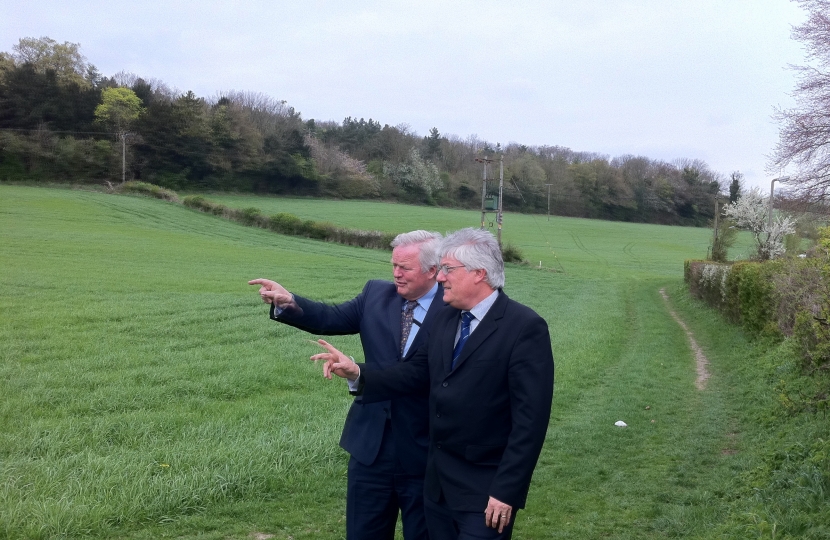 Bob Stewart MP has introduced a bill in Parliament to increase the powers available to local councils to deal with planning infringements on greenbelt land. He told MP’s in his speech: “Greenbelt land is precious and we have a duty to protect it for future generations”.

Mr Stewart was inspired to act after hearing the frustrations of many of his constituents concerning the speed it takes to remove unauthorised travellers sites on greenbelt land in Hayes and Coney Hall and Bromley Common and Keston Wards.

Mr Stewart consulted locally on the issue with Bromley Council chief planner Bob McQullian, where they visited an unauthorised traveller site in the borough to view the problem first hand.

The new law aims to tighten up the planning appeals procedures by setting a time limit in which appeal decisions should be made. It would also limit the options available to offenders who play the system in order to delay planning enforcement action.

Bob Stewart MP said: “It is plain wrong that some travellers see fit to set up sites illegally on greenbelt land. If I wanted a small extension to my house I would have to jump through all the hoops of the planning process in order to get permission. The rules must apply to everyone equally. I want the rules tightened to make life tougher for those who pay scant regard to planning laws”.