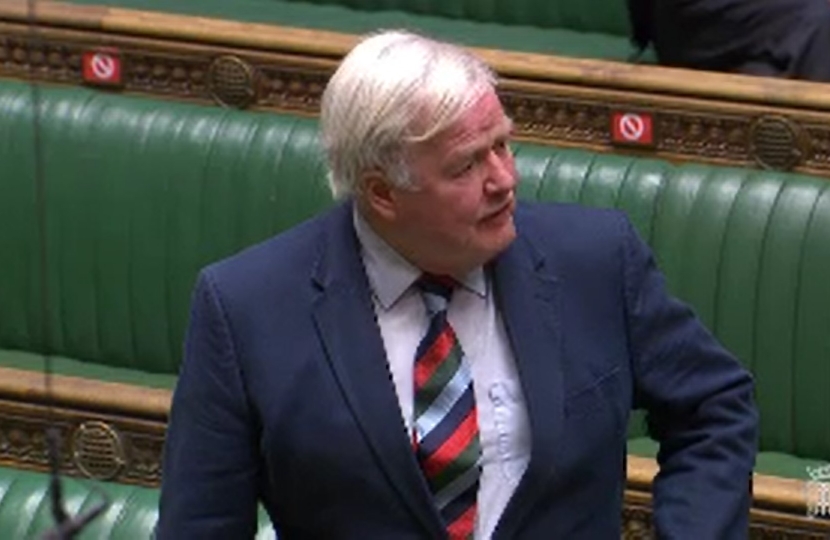 On Wednesday 21 October, if the Labour Party had won a vote to institute free school meals for disadvantaged children in the school holidays it would not have resulted in any children getting free school meals. It was not that sort of vote. That requires a vote on money and also a resolution of the whole House of Commons. The debate was an Opposition back bench debate without any coercive or executive power. Anyway, that was and is not the best way to help hungry children.

The Government has already spent £220 billion this year on helping people struggling because of the pandemic. In truth it has also substantially increased money for families and children in Universal Credit - by £1,000 this year not including adjustment for inflation. Local Housing Allowances have been increased as well; not including £500 million being made available to help those who struggle with Council Tax bills. The Government has also created a £63 million fund to help people struggling with paying for essentials like food. Charities helping with food have also been allocated £16 million. But let me get to the nitty gritty rather than just quoting figures which make little sense for individuals who have real problems feeding their children.

Free school meals for those whose parents are struggling have been a feature of our education system for many years but in the holidays, normally, the Welfare System is available to ensure children get a decent meal each day. That was changed a little earlier this year because of the pandemic as schools were closed and parents suddenly had to find additional resources to feed their children during the day. More resources were thus given to help struggling families, with free school meals being provided at home for those that needed them (normally including many children on the Pupil Premium). I voted for that measure in the House of Commons. Thereafter, because of the pandemic continuing, the scheme was extended into July and August; by holiday activities and a food programme which provided good meals for vulnerable children.

It is a popular and easy move for the Labour Party to lampoon the Government on this matter when in truth it has done quite a lot to alleviate child hunger already. As I have said earlier, this vote was not the way to deal with the problem and Labour politicians honestly know it.

The Government has thus already given extra money to those that need it to feed their children and, although free school meals is headline catching, it is not the best way of ensuring children are fed. I believe honestly that is the job of the Welfare System which has, quite rightly, been given additional resources to do just that. By the way, under the Government's welfare reforms another 50,000 children in England have become eligible for free school meals recently.

Let me end by stating that locally I am extraordinarily proud of the support provided for vulnerable children and families. This is a crucial point. It is not something provided only over the holiday period but a vital service delivered all year round by Bromley Council. I repeat that; local support for disadvantaged children and their families is constant and consistent for 365 days a year. So, if a parent, guardian or carer feels any local child will go hungry during any school holidays may I suggest they let Bromley Social Services immediately know that fact. If that does not work, maybe they could contact me via bob.stewart.mp@parliament.uk. I care very much about any vulnerable child and will then ensure that help is provided.

That is why I voted against free school meals for vulnerable children in the holidays; because it is being done already in a much better way.

On 17 April 1984, Woman Police Constable Yvonne Fletcher of the Metropolitan police was fatally wounded by a gunman. He was hiding in the Libyan People’s Bureau, which was in St James’s Square in London.