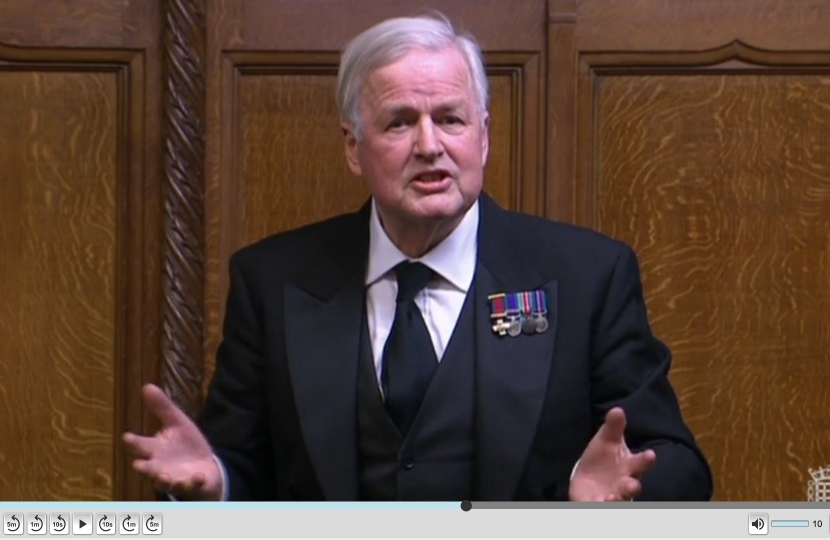 We have all heard that Prince Philip served in the Royal Navy in the Second World War, but I want to concentrate on that naval service and particularly his courage.

In 1941 at the battle of Matapan, on board HMS Valiant, he was the guy who held the searchlight that illuminated an Italian cruiser. He stayed there and kept the searchlight on the cruiser despite the fact that cannon shells were landing all around him and causing destruction. Not only did he illuminate that cruiser, but he identified another one.  The Captain (of HMS Valiant) said afterwards that thanks to Prince Philip, two 8-inch gun Italian cruisers were sunk within five minutes.

My God! What cold courage to stay there when he clearly understood that he was being targeted by the enemy.  It was pinpoint targeting, because they just had to fire at the source of the light. That man, our prince, had serious guts—I use a word that he might have used—and I admire him utterly.

We have heard that Prince Philip was in Tokyo Bay on 2 September 1945 on board HMS Whelp, and he witnessed at some distance the surrender of the Japanese on USS Missouri.

What is not so obvious is that he witnessed naval officers returning to the Royal Navy in Tokyo bay. These men were wrecks of themselves, shrivelled up and as thin as could be. They were taken to the Wardroom, sat down and given some food. Then two of them suddenly realised where they were—back home in the Royal Navy. The Duke said that tears started coursing down the cheeks of those two officers, and everyone else who was there started blubbing as well..

Well, Your Royal Highness, if you can hear us—and I hope you can—one heck of a lot of people in this country are blubbing for you, particularly in my constituency of Beckenham. It is not just Her Majesty the Queen, who must be devastated.

God bless Her Majesty, and I hope that somehow this debate will help her in her grief. My goodness, I have the deepest respect for the Duke of Edinburgh and, of course, for Her Majesty.

God save the Queen.

I listened very carefully to the Gracious Speech, and I made the assumption that the promise to address the legacy of the past with regard to Northern Ireland refers to a Government commitment to protect veterans from vexatious and repeated prosecutions.