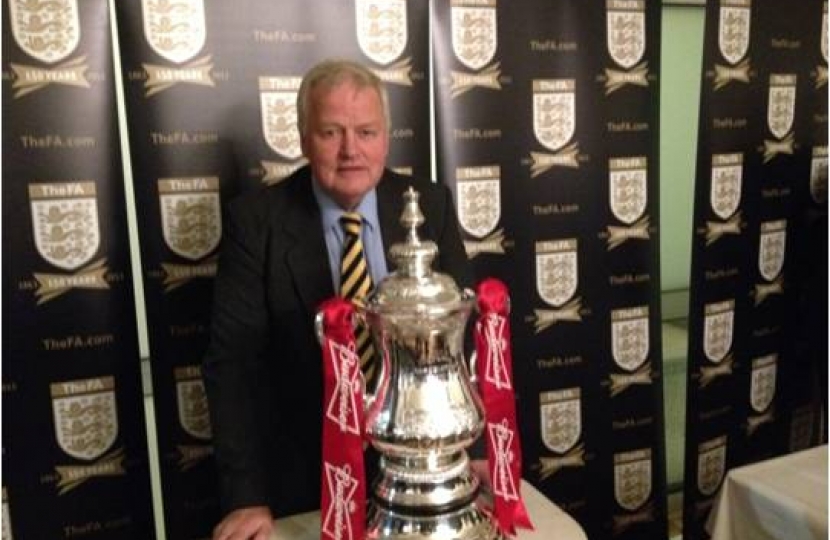 This year is the 150th anniversary of the Football Association.  To mark the anniversary the FA held a reception at Westminster on 4th November which Bob attended where he met FA Chairman Greg Dyke and England Football Manager Roy Hodgson.  Bob was particularly pleased to get very close to the FA Cup itself