Embracing the World UK in Bromley 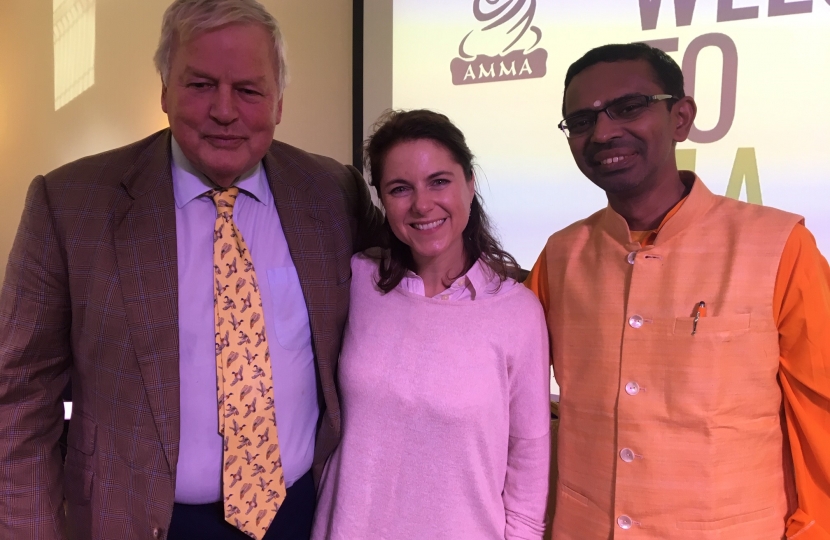 Today, Sunday 6 October, I opened the new AM Centre UK which is to be the British branch of the UN recognised charity, Embracing the World. Its mission is to improve health and wellness for individuals, the local community and the environment as well as to contribute to peace and harmony in society.

This Non Governmental Organisation is the inspiration of Sri Mata Amritanandamayi Devi, known more simply as Amma, a Hindu spiritual leader, guru and humanitarian, who is revered as a saint by her followers.

I had been invited by the Centre's coordinator, Joolz Lewis and once there met Swami Shubamrita who led prayers on behalf of Amma.

To officially open the Centre I lit a candle. Then I made a speech on the themes of compassion and care. After that we had a magnificent Indian lunch for everyone there. Many had come from afar but there were quite a few constituents present as well.

The whole event was immensely enjoyable and I am delighted the UK Centre for Embacing the World is in my constituency. Embracing the World does great humanitarian work - especially after natural disasters.

The attached photograph shows me with Joolz Lewis and Swami Shubamarita.