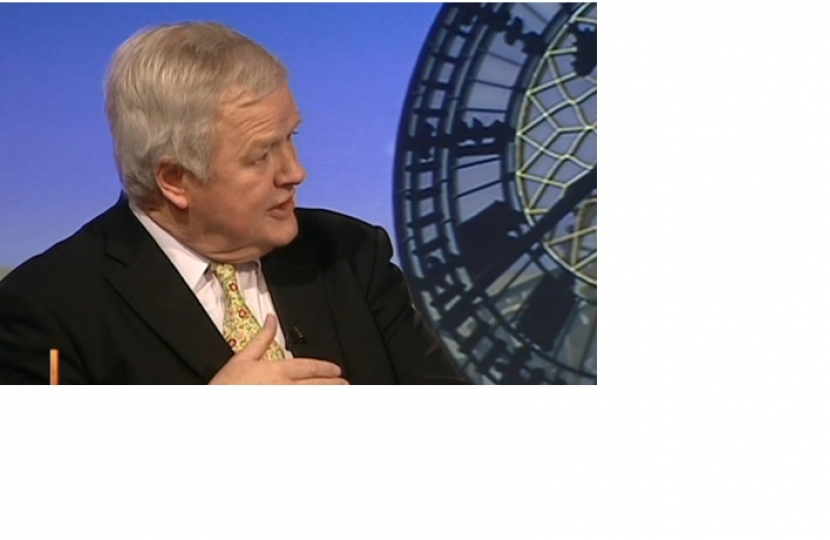 On Sunday 12 January 2014 Bob appeared on BBC 1's Sunday Politics programme.  He was asked about his view of the Mark Duggan Inquest and particularly the jury's verdict that it was 'lawful killing' by the Police.  Bob agreed with that verdict and made a couple of other points in support of the police..

He pointed out that Mark Duggan had a gun in his car and he shouldn't have done.  He asked people to put themselves in the position of a police officer faced by a man who comes out of a car with a gun in his hand which might or might not be fired.  Bob pointed out that the police officer had seconds to decide whether to fire himself - not the three months that the inquest has taken to look at the matter in minute detail.  He asked again 'What the heck was he (Mark Duggan) doing with a gun in his car?'.