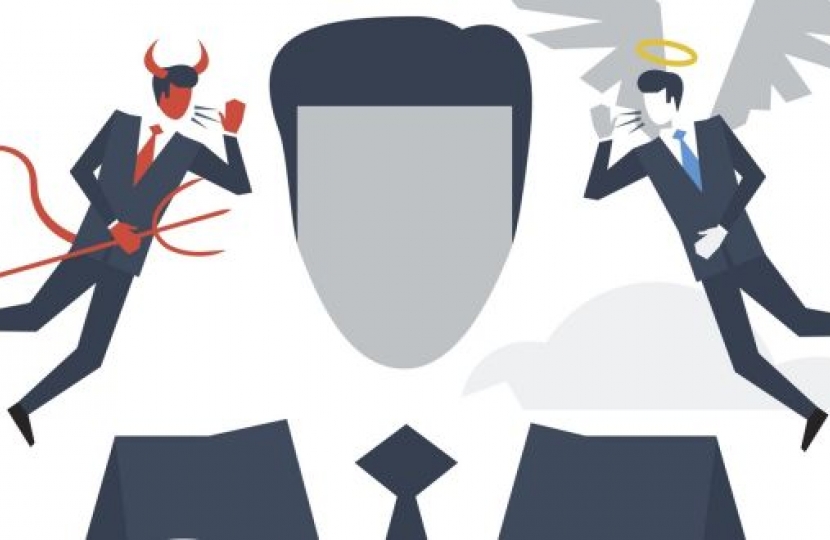 As far as I am concerned if and when the first child goes back to school so do I to Westminster. How can MPs do otherwise? It would be so wrong. Parliament must find a way of dealing with social distancing in Westminster. I cannot stay at home if kids are going out to school. The very thought appals me.

With the death figures still high some 7 weeks plus after lockdown was ordered I have to wonder just how far our Government imposed isolationism is working? The official view is that by imposing the severest restrictions ever on citizens Coronavirus has been forced into retreat. I think I agree with that and, according to opinion polls, so does the majority of the public.

However, today I want to push the envelope a little, if only to tease out the arguments. I short I want to play Devil’s Advocate a little.

Words like ‘We are following the advice of our flanking medical scientific experts here on my flanks’, say ministers after minister in the daily Downing Street Press Conference. Then sentences come out like ‘We are getting there and must not risk what we have achieved’. Well, yes but let me ask the question again, what exactly have we achieved?

Remember we all rather hoped that the death rate might tail off at 20,000 people which was, I recall, what Professor Neil Ferguson suggested, when he was at the height of his power before his moral downfall. And that was with the assumption that severe lockdown might not happen. As of last night, we now have 33,614 people dead from Coronavirus which is the highest overall mortality in Europe by country. Perhaps the scientific projection sums were a bit out of kilter?

My understanding, I don’t know about others, was that from catching the dreaded virus until you were ill could be about 7 days and then you went through it and survived (or not) for about a further 10 days. That’s a total of 17 days – let’s round it up supposing a flash to bang time of 20 days to give a little leeway.

Well, we went into lockdown on 23 March which was the first day I started writing a daily post called ‘Defeating Coronavirus’ on Facebook and my website. I numbered each one on the website (not Facebook) and I am now up to ‘Defeating Coronavirus 54’. So, using my basic maths I reckon we should have started seeing a dramatic decline in the death rate from my 20th post? In essence we have had time for two and a half theoretical cycles of infections. But I gather that number of daily emergency calls to 999 by people concerned they have Coronavirus symptoms have hardly diminished since 23 March.

Yes, I realise care homes are different and clearly there are other factors at play there but from 23 March families and friends were not allowed into such places and I know, from telephoning local care homes, strict social distancing was definitely practised there. Yet, it has become clear that a hard lockdown does not protect old and frail people living in care homes—a section of the population the lockdown was designed to protect. That’s a bit weird isn’t it?

OK, we may have been a bit late going into lockdown on 23 March when other countries were there already. So, we can try and learn from experience overseas. As people who have read previous posts may recall, I have looked at the situation in other countries over the 7 weeks of lockdown. But the evidence from abroad is somewhat diverse and also contradictory.

Sweden seems to have been very light in its lockdown rules with its peak apparently over, yet its death rate compared to Scandinavian neighbours is high. It is certainly not as high as in Belgium, France, Spain, Italy or the UK. Germany seems to have had relatively few deaths and has slightly lifted its restrictions but Coronavirus cases have spiked again.

This is by no means an attack on anyone least of all the Government doing very well to deal with a unique and terribly difficult situation. It is simply an attempt by myself to look at lockdown measures in a quizzical way, which is my right and duty as an MP.

In the past I normally accepted that Science was more about facts and figures which pointed out the truth. It was very unlike the Arts which normally required interpretation and explanation. But I also knew that Scientific facts do not always speak for themselves. There are now a substantuial number of very credible and authoritative scientists who are arguing that we jhave got some things quite wrong in the way we have locked down our society.

The Government is basing its actions on scientific medical evidence and has asked us to accept such findings are right. Maybe I’m going a little wobbly here but there are clearly scientific findings which contradict one another on the efficacy of lockdown. By playing the Devil’s Advocate I am not being disloyal; simply asking to be given the reasons why decisions have been made. They are not a state secret. However, I would like to hear why the Government thinks one science is right and another wrong.