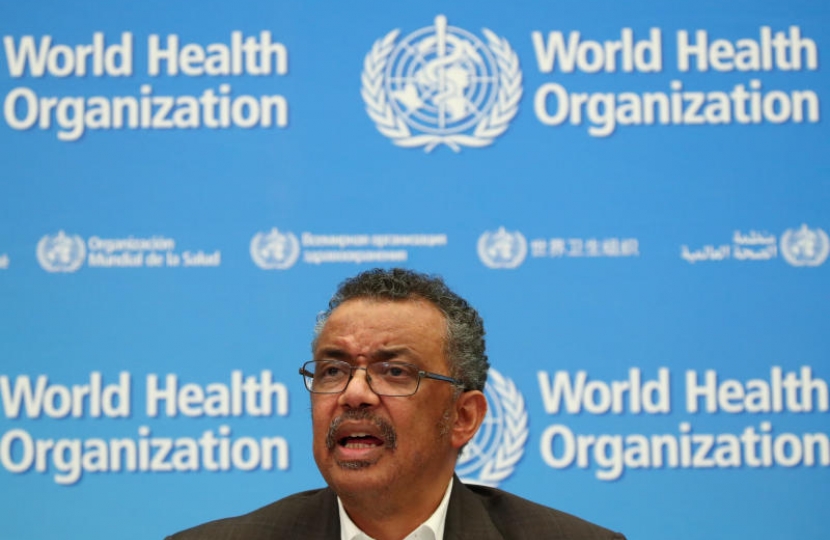 Having been a United Nations (UN) Commander I am a fan, albeit a reluctant one sometimes, of the organisation. Yes, it is imperfect but it is all we have got and nowhere is there another World forum where all states get together. Under the UN system there are many agencies and one is the World Health Organisation (WHO) about which I knew very little until this Coronavirus crisis. It has been thrown into the international spotlight by accusations of gross incompetence, seeming criminality in a way, by not calling out the pandemic quicker.

Leading the charge on this is President Trump who has withdrawn all American funding for the organisation. That is about 13 per cent of its income. I know many people have no time for the US President but just because Trump says something does not make it completely wrong.

The WHO began when its Constitution came into force on 7 April 1948. It now has more than 7000 people from more than one hundred and fifty countries working in 150 country offices, with six regional hubs and a headquarters in Geneva. It should thus be a mature and respected, professional organisation. Its basic job is to be the guardian of the World’s health and particularly to be an early warning system for anything that would impact on that. In short, its mission is to spot a threat like Coronavirus and alert the World to it.

So, did the WHO do its job of timely warning the World of the threat from Coronavirus? Is it in any way responsible for us losing time on this matter?

Perhaps the biggest risk to World health were and remain conditions in China. The 2002-2004 outbreak of severe acute respiratory syndrome (Sars) was first identified in Foshan, Guangdong, China, in November 2002. Over 8,000 people from 29 different countries and territories were infected, and at least 774 died worldwide. In the UK we had four cases and nobody died. Sars was a virus which came from bats. If not before the Sars outbreak, which was initially suppressed by the Chinese authorities, must have alerted the WHO to the dangers of repetition there.

The political system in China is hardly conducive to open dialogue and its default position is normally denial of a problem and certainly infection figures which are incredibly suspect – if they are produced at all. It was thus for Sars and it has been the same for Coronavirus.

Thus, based on past experience with Chinese honesty, Dr Tedros Adhanom Ghebreyesus, Director General of WHO, should have been on the ball for this Coronavirus outbreak. Admittedly the Chinese authorities were, true to form, very slow to be honest. But thereafter the WHO should have been incredibly active in its warnings and actions. It was not.

For instance, in mid-January a WHO report announced that there was no clear evidence of human to human transmission’. Yet by then it was already quite obvious that Chinese authorities had sought to engage in a cover-up. In Wuhan the police had threatened Dr Li Wenliang, with arrest for daring to warn colleagues of a new illness which had reminded him of Sars. In the end, Dr Li was killed by Coronavirus himself.

The WHO actually praised China’s response to the virus saying that the authorities there were ‘transparent’ in their operations and that if it had not been for the Government there the number of cases outside the country would be so much greater. By that time first cases were appearing in Italy and elsewhere in Europe and preliminary precautions would have been too late. I am sure staff within the WHO were fully cognisant of both the origin and likely cause of COVID-19 but they clearly sat on their hands or were silenced when every second of proper warning would have mattered and saved lives.

But then the WHO panicked and demanded full-scale lockdowns across the World. But by then it was too late as the virus had bolted into other continents – especially Europe. It also demanded that everyone was tested but countries like the UK hadn’t got such tests.

I am normally very wary of conspiracy theories. The Chinese Government backed Dr Tedros Adhanom Ghebreyesus, the current WHO Director General, strongly when he was elected in 2017. At the time Western governments should have been a bit cannier than they were for sure. Dr Ghebreyesus had a pretty poor record as Foreign Minister and Health Minister in his native Ethiopia, where, of course, China has invested very heavily indeed. Is it payback time and am I being too cynical?

Personally, I wonder whether the WHO and its Director General are both fit for purpose? I would say not.