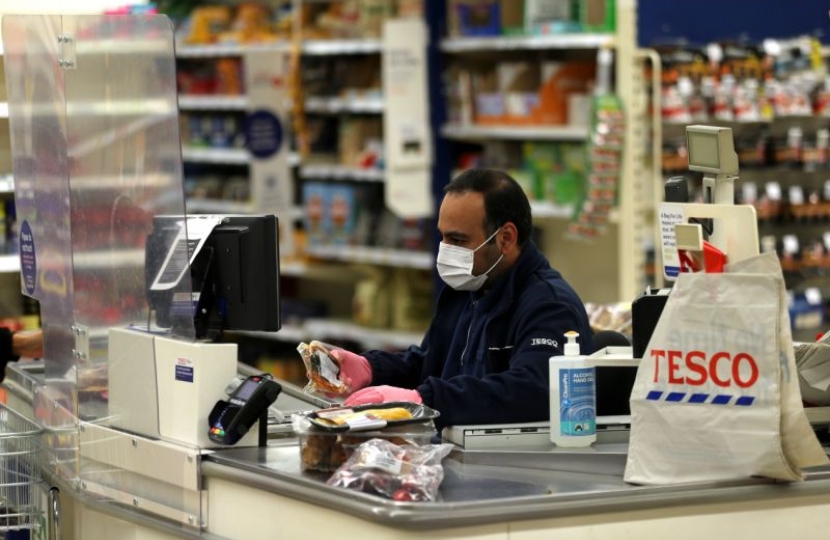 I am pleased that the Government seems to have such good Public support according to opinion polls. The truth is that we are in crisis and the people want and indeed need to have faith in leaders. Historically in crises we British tend to do that – unless, of course, that leadership has been totally disastrous, as in 1940 when Churchill replaced Chamberlain as Prime Minister.

Of course, the whole country is afraid and apprehensive for the future. In such times people want to believe that political leaders will make the right choices and protect them. The public trusts politicians much more than normal. Human beings naturally move closer together, trust one another and believe much more in the Establishment when dangers threaten. People are more likely to smother dissent and doubts. It is easier. That phenomenon is certainly evident at the moment.

Personally, I have seen it often in the Army. For instance, when in Bosnia in 1992-93, especially after we started getting casualties, there was always a decent attendance at the Padre Tyrone Hillary’s drumhead church services.

It is clear that national political leaders benefit from this very human need to trust the system that comes from uncertain times and fear. At the moment and on a smaller local scale, I am receiving far less hate mail than normal. In the past letters and e mails have sometimes been quite critical and sometimes very rude. Actually, now I think of it, I don’t believe I have had a particularly abusive e mail for several weeks now. Thank you for that to my normal dissenters.

I am sure it is not because I am brilliant at my job (far from it) but rather that people think now is not the time to take me to task. But I am also be aware too that such a truce will not last. My job is to do my best regardless. One way of doing that is to write a daily post so that constituents know how I feel about the situation. I will try to keep doing that until the worst is over because, obviously, I cannot be on the streets talking to constituents or having face to face surgeries.

Fear and uncertainty can also bring out the very best in all of us. There are now more than 4,200 volunteers in Bromley Borough who give their time and support to others in some need. The major part of this support is directed from the Civic Centre where the Bromley Emergency Control Centre is working flat-out to ensure nobody locally is isolated and unable to get supplies to their homes. Thank you for that to volunteers and council worker alike.

Every Thursday evening, we stand outside our front doors and clap for the NHS but in truth there are many more who deserve our thanks too. I have already mentioned the plus 4,200 local volunteers but many more than that are also in the front line.

Let me just mention a few of them. I am in awe of those who work in (mainly private not NHS) care homes. Locally they are looking after what must surely be the most vulnerable people in our community and they put themselves at considerable risk in so doing. Periodically I telephone local care homes to ask about the situation there and, boy, am I impressed by their can-do attitude and morale.

What about supermarket staff who sit on a till and must repeatedly deal, albeit a bit protected by a screen, with so many who could be carriers of Coronavirus even if they are not infected by it? Likewise, bus drivers sit behind a divider with holes in it as they carry out their vital staff of getting key workers to and from work. I could also mention small shopkeepers, posties and dustbin men too. We need them like never before. All such people are keeping us going. Metaphorically I clap for them now.

Clearly a crisis and the subsequent worries can bring out the Best of British. Pulling together is just that. It is typical that we, the Public, give more trust and are more forgiving, to our political leaders in an emergency. That’s good but those leaders must realise that we also expect the highest standards and total dedication by return. Locally we can all see the great way in which so many people are trying to help others. It’s clear to me that we Brits still have the Blitz Spirit when it’s needed. Thank you all - for what you are doing whether stuck at home or working under some threat.