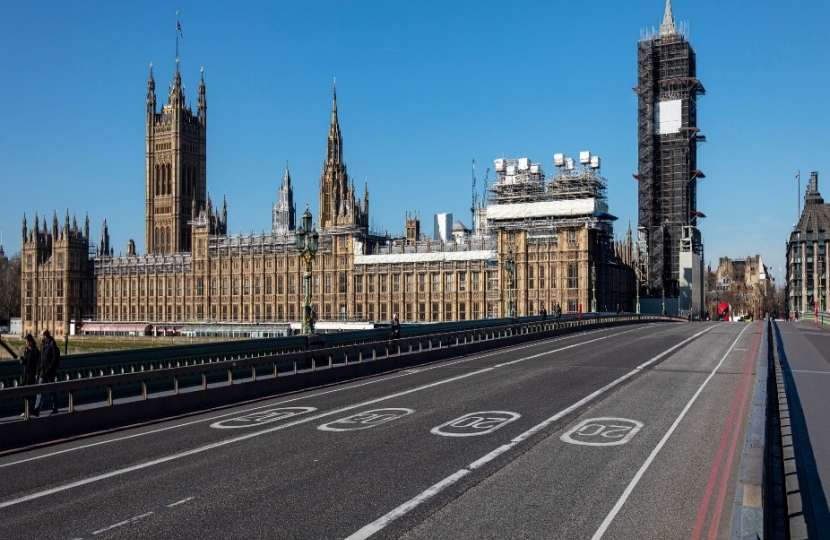 After the Battle of Alamein in 1942, the first significant victory of the Second World War, Winston Churchill spoke in the Mansion House about the situation our country then faced. He stated “This is not the end. It is not even the beginning of the end. But it is, perhaps, the end of the beginning.” He meant, of course, that it was the start of turning around the War.

Personally, I believe with Coronavirus we may, just may, be at the end of the beginning as well insofar as I really believe almost everyone has now ‘got it’ – that huge numbers may die – and we are putting measures in place to fight back against COVID 19. Of course, we have a long way to go as yet as well as many tragedies to witness I suspect but I hope we now see a way ahead and possibly some light at the end of the tunnel.

Huge numbers of people are volunteering to help the NHS; the government scheme to recruit 250,000 helpers - who must be over 18 and in good health - went live on Tuesday. By yesterday morning, 170,000 had signed up to Good Sam, the group coordinating the response.

Support groups are being set-up to help the vulnerable and isolated by Bromley Council. Already I understand over 2,500 local people have volunteered to help. This is in addition to much more local support like the Oakwood Avenue/Courtenay Drive Neighbourhood Support Group.

Last Sunday I was aghast at the blatant disregard for the dangers posed to others by those that took advantage of the good weather and flooded outside as though things were perfectly normal. I wonder how many lives that has cost us? I hope too that stupidity will not be repeated. So, my faith in human nature has been much restored by the number of people volunteering to help others.

May I say how immensely grateful we should all be to those who are working in essential services such as the NHS and other key workers such as bus and train drivers who are essential to keep society functioning when locked-down. Thank you, every last one of you.

Finally, on the television this morning, I heard a 95-year-old Second World War veteran say how he had fought for his country on D Day and, in a similar way now, everyone of us who does not absolutely need to go outside their homes should fight for our country today; by staying indoors until the all-clear. Hear-hear!