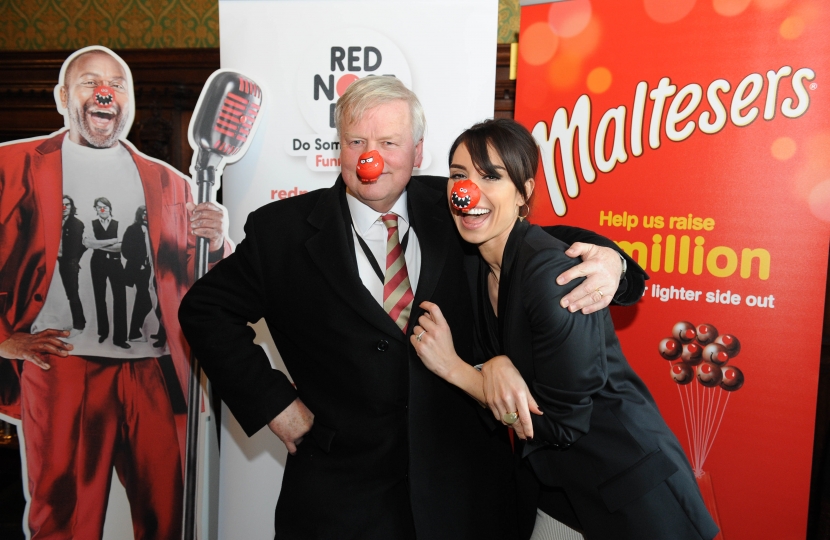 Bob was joined by MP's from all parties to celebrate the success of Comic Relief since it began in 1985 and to promote this year's event which is being held on the 15th March.

Comic relief has raised millions of pounds for good causes since it began in 1985 for people both in the UK and abroad. It's many charitable activites include investing in help for young people with alcohol and mental health problems, as well assisting elderly people in poverty to gain access to financial advice and grants.

Bob said: "Beyond the obvious amusement in wearing a fantastic red nose, there is a serious point to this. Comic Relief does an enormous amount of good work in communities, including Beckenham. They identify vulnerable people and give them the support they require to lead fulfillng lives. I hope schools in Beckenham will play their part to raise as much money as possible by holding events. I wish Comic Relief 2013 every success in their endeavours!"