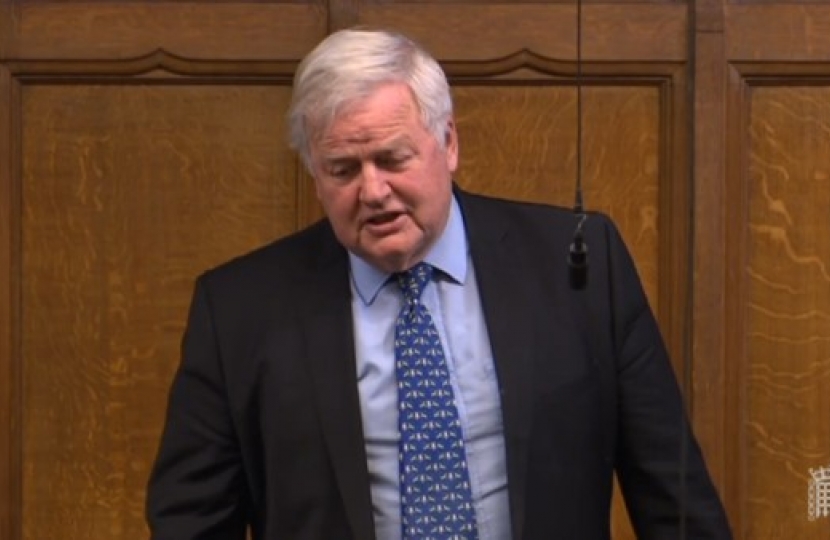 I am delighted by the government’s recent moves to bring in new legislation which will protect leaseholders and took part in the bill’s debate.  It aims to pick up the costs of all building safety defects, not just combustible cladding, after changes brought in following the ghastly Grenfell Tower fire which caused the appalling deaths of 72 people back in 2017.

I know that this long overdue news will come as a huge relief to many constituents in Beckenham who have written to me expressing anger and frustration that they are unable to sell their flat because of the huge bills they are facing after being informed they were living in a defective building; which they had no way of knowing when they bought the property.

It is an utterly wretched position for anybody to find themselves in and I have long been pressing the government to get this situation fixed.

The Secretary of State for Leveling Up, Housing and Communities, Michael Gove, has made the extremely wise decision to force the developers, who built the properties and have plenty of capital at their disposal, to take full responsibility for all building safety defects rather than just the cladding.

I consider this decision entirely fair and in keeping with Conservative values of doing the very best for people trying to do the right thing in life. This situation has been blighting the lives of tens of thousands of households up and down the country for longer than should ever have been necessary.

Under the proposals no leaseholder living in a building above 11 metres will ever face any costs for fixing dangerous cladding, and the government has committed to work with Parliament to pursue statutory protection for leaseholders and nothing will be off the table.  This is the point I made in the debate last week.

Furthermore, the plan to loan money to leaseholders in medium-rise buildings between 11 and 18 metres in height with fire safety defects will be scrapped, along with advice that all wall systems need to be checked for fire safety. I agree; for it would have been utterly outrageous to cause further misery to these people’s lives by saddling them with long-term debt!

I had always considered it a gross injustice to demand leaseholders – very often young people who have saved and made sacrifices to get their first steps on the housing ladder – to pay money they don’t have to fix a problem they didn’t cause, all while the huge firms who made massive profits on these developments pay nothing.

The Government has already committed taxpayers money in funding for this remedial work and it is now time for the developers and cladding companies to take on their responsibilities to these hard-pressed leaseholders.

I sincerely hope that the government’s proposals lead to the industry being made to pay to fix all of the remaining problems and help to cover the range of costs which are facing leaseholders.

This decision may have come too late for some leaseholders, for whom I have great sympathy. However, I commend the government and Michael Gove in particular for really listening to the concerns of MPs from across the House of Commons on this issue.

It is often difficult to change course in politics for fear of being criticised, but on this occasion I salute the government for having had the courage to do so.