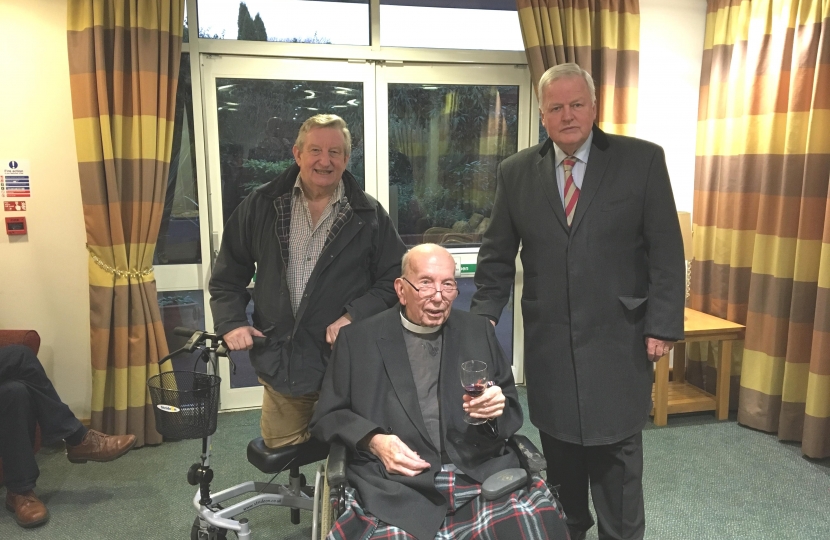 Bob Stewart had the privilege of presenting the Legion D'Honneur to Canon Bill Clements at Coloma Care Home on Saturday 26 November.  Prior to entering the priesthood Bill Clements had served in the Royal Navy from 1941 - 46 and during that time had taken part in the D Day landings for which the French President had awarded him this singular honour.  After the war Father Clements was ordained and thereafter he served as a priest in the Catholic Archdiocese of Southwark for 56 years.  The accompanying photograph shows Canon Clements (seated) with Councillor Nicholas Bennett to his right and Bob Stewart to his left.  Nicholas Bennett has known Canon Clements since he was a boy and understandably has a great deal of affection for the priest.