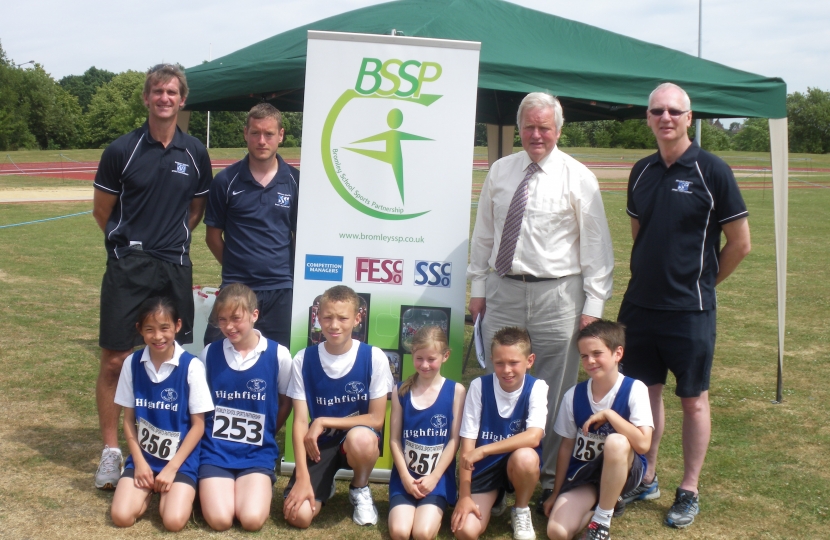 Bob Stewart MP has visited the Bromley Large Schools Athletics Finals in Norman Park. Forty seven local schools and over 1200 pupils have competed in the various athletics matches which culminated in the finals today.

Bob was hosted by Chris Caws and Mike Vollar, the managers of Bromley’s School Sports Partnership, who planned and organised the various competitions. During his visit Bob started several races and spent time talking with children from Pickhurst Junior and Highfield Junior Schools. He is very keen to encourage sport in all Bromley schools and he says he will do all he can to increase the amount of time that children are able to do sport within school curriculums.