Remembering a Local Boy Killed in the Ballykelly Bomb 1982 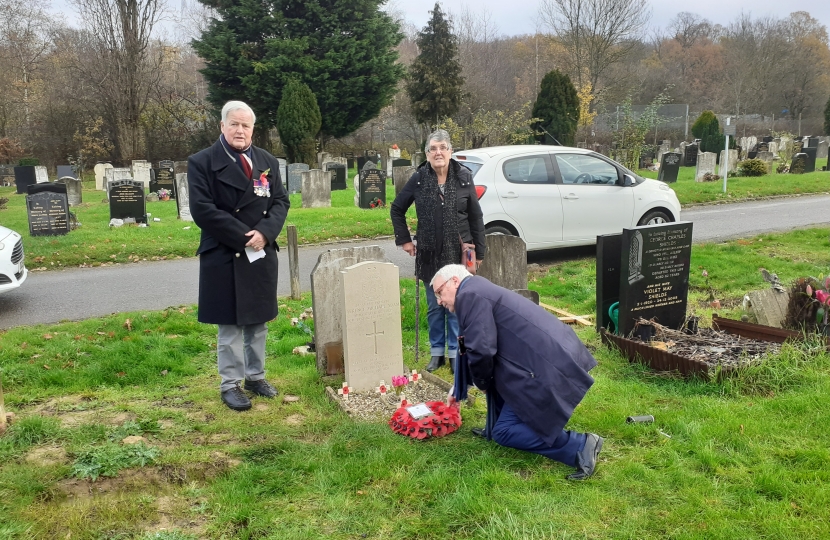 The 6th December is always a poignant date for me.  Seventeen people were killed by the Ballykelly Bomb in Northern Ireland that night in 1982.  As an Army officer I was the Incident Commander and 6 of those killed were my soldiers from A Company, 1st Battalion the Cheshire Regiment.  In all 11 soldiers and 6 civilians (5 young women and one man) were murdered by the Irish National Liberation Army that evening.  Two of the soldiers were cooks, members of the Army Catering Corps attached to my Regiment.  One of those cooks was only 19 years old and he is buried not far from Beckenham in Hither Green Cemetery.  His name was Private Terence Adam.

With an old Army colleague of mine, George Szwejkowski and his ex-wife Lynne, we visited Terence’s grave for 11am on Sunday 6 December.  It was the 38th anniversary of the atrocity.  We held a short private service of remembrance which included playing the last post, two minutes of silence and the regimental marches of the Army Catering Corps and Cheshire Regiment.  I am so glad we did so.

The attached photograph shows Lynne, George and myself as George laid a wreath for Terence.  All three of us were present in Ballykelly on 6 December 1982.

Simultaneously, other members of the Cheshire Regiment including the indomitable Stefan Wohlleban were remembering the Ballykelly Bomb at the National Arboretum in Alrewas, Staffordshire.