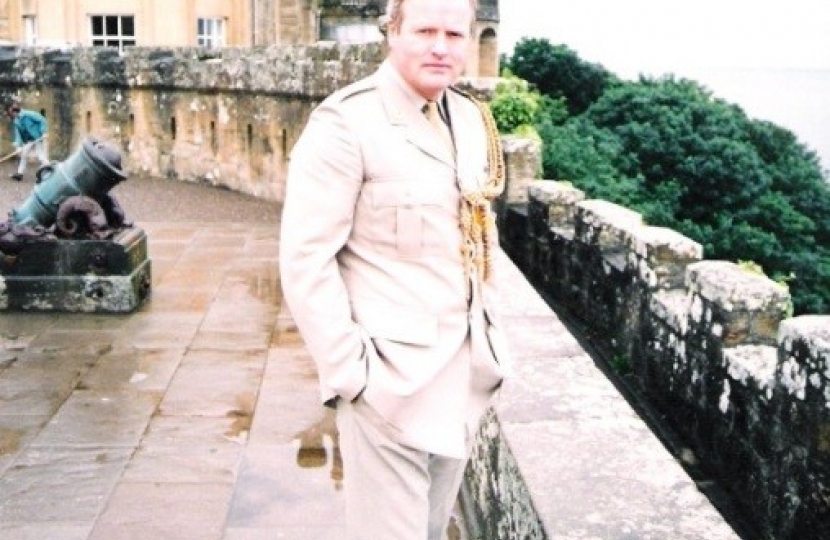 From 1989 – 91 as a Lieutenant Colonel I was the Military Assistant to the North Atlantic Treaty Organisation’s (NATO’s) highest ranking officer, the Chairman of its Military Committee.  Three years later, from 1994 -96 and having commanded my Battalion in between, I was back in NATO in the rank of Colonel as Chief of Policy to the Supreme Allied Commander Europe (SACEUR) at Mons in Belgium.  Today, as an MP, I am both a Member of the House of Commons Defence Committee and on NATO’s Parliamentary Assembly as a British delegate.

NATO is now 66 years old and over the years it has expanded to include 28 member states.  In basic organisation NATO has always had two parts; Political and Military.  The Military Organisation of NATO does the martial business and the Political side provides approval and authority.   The United States pays between a fifth and a quarter of the costs of NATO.  No other member comes near contributing as much as the Americans.

Yet there have sometimes been tensions within NATO because some members, particularly the French, have seemed to resent American influence in the Organisation.  Such feelings led to France withdrawing from the Military Organisation from 1966 – 2009.  Indeed NATO’s Headquarters was expelled from France to Belgium.

Still France remained a political member of the Alliance.  Thereafter, using its political seat on the North Atlantic Council, French delegates often seemed to greatly complicate - to say the least - operations of the Military Organisation.  It was incredibly frustrating for people like me who worked both on the staff in Headquarters NATO and later at Supreme Headquarters Allied Powers Europe (SHAPE) in Mons, Belgium.   I remember at one stage an American politician commenting somewhat sarcastically that perhaps France would like Americans to dig up their war dead from the cliffs of Normandy and take them home!

Meanwhile NATO watched the rise of demands for what is now called a European Union Army (EU Army).  These feelings had their origins in the Western European Union (WEU) which had been established in the early 1950’s basically between the France, Germany, Italy and the BENELUX countries as an attempt to coordinate respective military establishments.  The WEU had a small Headquarters in Brussels and as Chief of Policy at SHAPE from 1994 – 96 I spent a lot (too much) of my time writing papers on how NATO could work with it.  To my mind the WEU wanted to leech off NATO; to use its resources without paying for the privilege and, as it seemed to me, to side-line the Americans.  However by the late 1990’s the WEU as was had been dissolved or absorbed into what is now called the European Union Common Security and Defence arrangements.  By 2002 in a comprehensive package of agreements it was agreed that the EU could draw on some of NATO’s assets for its own peacekeeping operations.

Personally I am very wary of the rise of an EU Army for many reasons.  Let me rehearse some of them.  Firstly, I want the UK to retain absolute control over all its armed forces and I utterly reject the notion that we should cede such powers to Brussels. Secondly, NATO works and has proved itself as a European Defence Treaty. That is self-evident.  It has kept the peace in Europe almost since the Second World War.  Thirdly, I cannot see any need for duplication.  It is pandering to European aggrandisement and wishful thinking.  Fourthly, NATO is perfectly adaptable and can deploy in a European configuration if necessary as it has done on several occasions. Fifthly, and quite candidly, I very much want to keep the United States, which has saved Britain twice in the 20th Century, involved militarily in Europe through NATO.  Sixthly, many of our European Union partners are very ‘wobbly’ on paying for Defence.  They don’t contribute their proper dues to NATO already and I certainly don’t think they would not do so properly for any EU Army.  Finally, I believe any EU Army would be a ‘Trojan Horse’ in the drive to reach a European Union super state which I certainly do not want.

Thus I am increasingly worried to see Brussels-centric politicians and bureaucrats, using cover provided by Article 42 of the Lisbon Treaty, continually pushing for substantial military integration within the institutional framework of the European Union.  Implicitly this can only be at the expense of NATO.

The moves to do this are quite blatant.  For instance on 8th March this year Jean-Claude Juncker, President of the European Commission told the German newspaper Welt am Sonntag that he would like to see the introduction of an EU army. He argued that it was needed to combat growing Russian aggression, claiming ‘a common army among the Europeans would convey to Russia that we are serious about defending the values of the European Union.’  What did he think NATO, of which he made scant mention, has been doing for the last 66 years?

During June this year in one of its many papers the European Commission argued that the case for ‘more Europe’ in defence is strong and it condemned so-called ‘traditional ‘NATO-first reflexes’. The document went on to argue that European Union Defence integration was not just a political option but a ‘strategic and economic necessity’.

On 17 July 2015, the Commission stated that the legal basis for further defence integration already existed under the Treaty on European Union. It argued that ‘in this connection, the full potential of the Treaty should be used’.  Such ideas seem to have support from key European Union leaders including Germany’s Chancellor Angela Merkel.  Neither are these thoughts unique to Germany.  On 12 March this year the Spanish Foreign Minister announced that a European Army could be complementary to NATO.

Why does the European Union need an Army of its own?  NATO works well for Europe with the added huge advantage of transatlantic support.  If there is a need for Europe to act separately there are already proven operations where NATO has willingly helped out such as in Bosnia from 2004.  Today the European Union also runs counter piracy operations off the coast of Somalia.  I have no problem with such operations so far as they go.

But it is clear that the European Union has its sights on NATO.  Slowly but surely it is niggling away at an alliance which has stood us in great stead for 66 years.  For me it is another attempt by Brussels to restrict our national sovereignty.

More recently, on 24 November 2015, the European Parliament resolved to endorse a report calling for the ending of the British seat on the UN Security Council. The United Kingdom and France’s positions as Permanent Members of the Security Council would both be abolished and replaced by one for the European Union.

I believe the primary purpose of the drive for a European Army is far more political than military.  After all statehood is symbolised by possession of armed forces. In its push for greater political, social and economic union towards its aim of a United States of Europe, Brussels sees an army as being an essential accessory.

Beware NATO; the European Union is out on manoeuvres with its nascent so-called demands for an EU Army.  I for one will utterly resist such siren calls.