The Crisis in Yemen 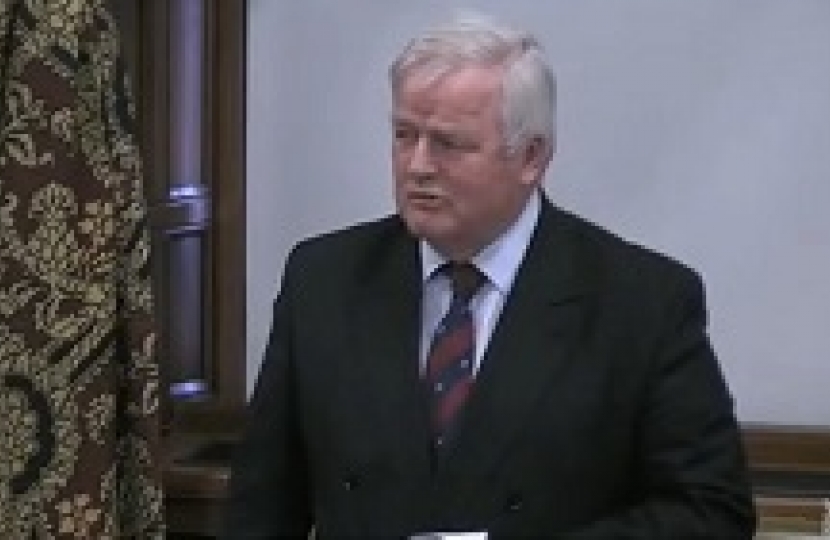 On Thursday 22nd October Bob Stewart spoke in a Westminster Hall debate (see photograph) about the crisis in Yemen.  His speech is detailed below.

I would like to give the historical perspective on Aden, because it is very important to British people. The south-eastern end of the Arabian Peninsula was once crucial to the functioning of the British Empire. A small settlement at Aden was occupied by Royal Marines in 1839 and became a bunkering port for passing ships. After the opening of the Suez Canal in 1869, it became a vital staging post for ships going to and from India and the far east. When coal turned to oil as the main fuel for ships, the importance of Aden was reinforced, particularly as it was so close to the Middle Eastern oilfields. Unsurprisingly, BP built a large facility there.

As time passed, Aden and its hinterland became a formal part of the empire called the Aden Protectorate, but government of the interior in particular needed the consent and involvement of local tribes, which was no easy matter. By the 1950s, some tribes were in open rebellion against British authority, which led to a protracted insurrection. By 1967, the United Kingdom had had enough: Aden was given independence and our armed forces withdrew. It was renamed the People’s Republic of South Yemen.  The Yemen Arab Republic was to its north. In 1990, north and south joined to become Yemen.

Since 1990, Yemen has gone from bad to worse. It is now such a dangerous place that it would be utterly foolhardy for British subjects to go there without protection. The situation is so bad that Sana’a, Yemen’s inland capital, has had to be abandoned and the country’s Administration, such as it is, must take place, when it can, from Aden. Yemen is now the poorest country in the Middle East and an incredibly fragile state.

I do not propose to dwell long over Yemen’s recent history before 2011, because it is incredibly complicated, difficult and perhaps less prescient than what has happened since. Suffice it to say that in November 2011, after some 30 years in charge of what was essentially a military republic, President Ali Abdullah Saleh was forced to hand over to his deputy, Vice President Mansur Hadi, which was apparently meant to avert immediate civil war.

There was some international hope that Yemen might be on the road to some form of recovery, but that hope has come to nought. Too many of those with power in Yemen are plundering what oil revenues it has left, sending untaxed income abroad and deliberately resisting reforms that might restrict their ability to loot their country. We will argue about this, but the World Food Programme estimates that some 46% of the 10 million people living in Yemen do not have enough to eat. You don’t see fat people like me in Aden.

It is difficult to simplify what has become a truly impossible situation, but Yemen has essentially become a cockpit in which the branches of Islam are fighting tooth and nail. The Government of Yemen, under Sunni President Hadi, is now backed by Saudi Arabia, Jordan, Egypt, Morocco, Sudan and the Gulf states, which are all quite strong allies of both the United States and the United Kingdom. The rebels, mainly from the northern Shi’a Houthi grouping and ex-Premier Ali Abdullah Saleh loyalists, are backed by Iran. It was the rebel Houthis group that forced the Government to flee from Sana’a to Aden in February.

Yemen’s security forces have split loyalties, with some units backing President Hadi and others backing the Houthis and President Hadi’s predecessor Ali Abdullah Saleh, who has remained politically influential. President Hadi, who, as we discussed in a pre-meeting is actually living in Saudi Arabia, is also supported in the predominantly Sunni south of the country by militia known as Popular Resistance Committees and local tribesmen.

To complicate the situation further, so-called al-Qaeda in the Arabian Peninsula or AQAP, perhaps the most dangerous of all al-Qaeda factions, now has a firm foothold in Yemen. As a result, the United States has carried out several drone assaults against it. Both the Yemeni Government and the rebels are equally opposed by al-Qaeda in the Arabian Peninsula. AQAP has been pretty active, carrying out a series of indiscriminate attacks against both the Government and the Houthis—goodness me, what a situation. It is Kafkaesque in scale.

Just to make the situation even more enigmatic, the so-called Islamic State, which the right hon. Member for Leicester East, myself and others prefer to call Daesh because it is such a rude word in Arabic, has appeared on the scene, jostling to be more influential in the country. Daesh claims to have carried out a number of suicide attacks in Sana’a this year. After Houthi rebel forces attacked the Government’s southern de facto capital Aden in late March, a coalition led by Saudi Arabia responded to a request by President Hadi to intervene and launched air strikes on Houthi targets. As I mentioned, Saudi Arabia is collaborating with the five Gulf Arab states, Jordan, Egypt, Morocco and Sudan, with Somalia providing airspace. Some of these air strikes have clearly gone badly wrong and have killed innocent people, which is utterly tragic.

The world’s foremost international authority, the United Nations, is the obvious catalyst for action. In April 2015, the Security Council passed resolution 2216, as mentioned by the right hon. Gentleman, calling for an immediate stoppage of fighting and for the Houthi rebels to withdraw from territory that they had taken. The resolution was passed unanimously. Four permanent members of the Security Council sanctioned it. Russia did not, abstaining and allowing it to go through.

But what has actually happened since that decision by the world forum where everyone is supposed to go for top authority? Damn all. There has been no effect whatsoever on what is happening on the ground. Other agencies of the United Nations have tried to send experts into Yemen to report on human rights violations, but a draft Dutch resolution supporting just that has recently been withdrawn as it would have failed, and, astonishingly, Saudi Arabia, has been elected as the chair of the United Nations Human Rights Council.

It would be marvellous if our debate could result in agreement on a way to gain some form of peace and security for the poor, wretched people of Yemen. However, the United Nations has been effectively ignored, the great powers do not want to get involved and the situation on the ground is getting increasingly complex and worse. Innocents are dying all the time. As matters stand in Yemen, I cannot think of an effective and decent way ahead with any chance of success. I hate the idea that we are impotent and apparently unable to do anything with all our power. In the end, I suppose that history will have to take care of it. One way or other, one of the factions will prevail, but who knows who that will be at the moment?

To date, Yemen has been an utter failure of international politics. We should do all that we can to try to correct that. In that respect, I am delighted that the all-party parliamentary group on Yemen has produced a report highlighting the crisis. If nothing else, this debate highlights the fact that Yemen is still a matter of real concern. We must not forget that.