Worries about the Chinese Threats to Taiwan 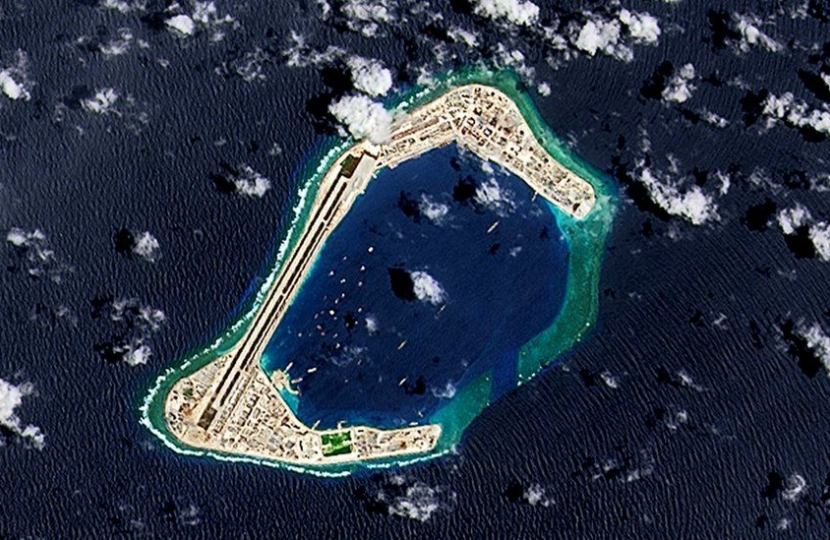 What follows is an extract of a letter I sent to all members of the House of Lords and House of Commons this week.

As the Chairman of the All-Party Parliamentary Group for Taiwan I have become concerned with the growing intimidation the country is getting from China. Taiwan is one of the United Kingdom’s most stalwart supporters and trading partners. As such it is also a fully functioning democracy and has a good record of holding free and fair elections. When they occur the transfer of power has always been smooth.

Diplomatically Taiwan is already barred from United Nations’ membership and it has now been expelled from even observer status in the World Health Organisation. Indeed, China consistently opposes anything that Taiwan does internationally. For instance, it refuses to accept Taiwanese passports and denies Taipei entry to absolutely any forum in which it has influence (most of them).

Economically China is perfectly willing to accept Taiwanese money to invest in the country (and that’s a lot), but it is determined in its refusal to accept or recognise any other commercial activity from the Island. At the same time Taiwan is under constant and unmitigated cyber-attack from China and that reaches into every aspect of Taiwanese Society.

There is a large British business presence in Taiwan. UK investment in Taiwan reached £450million in 2020, covering a wide range of sectors from financial services to pharmaceuticals to ICT to offshore wind.

Interestingly Taiwan’s handling of COVID-19 has resulted in one of the lowest infection rates in the world, with less than 1,000 cases and 10 deaths up to date. This is one concrete example where in Public Health Taiwan can be a valuable partner for the UK to mutually share experiences and jointly tackle global challenges.

Militarily China’s Peoples Liberation Army (PLA) is having its Defence expenditure increased by about 10 per cent year on year and it is reorganising for expeditionary warfare with, as we understand it, emphasis on assault landings from the sea. I am particularly worried about the way islands/atolls in the South China Sea are being occupied, expanded, and militarised well outside China’s traditional area of interest. The attached photograph taken by satellite shows this clearly. The intention is clear; to make the whole of the South China Sea national waters of China. PLA fighter jets crossed the Median Line of the Taiwan Strait 49 times during the first three quarters of 2020, the most since 1990, and conducted over 2,700 aircraft and naval sorties into Taiwan’s Air Defence Identification Zone during the same time-period. It particularly worries me that the Number One openly expressed aim of Chinese policy is to take back Taiwan.

Thus, I believe, there is a present and growing threat to Taiwan from Mainland China and that worries us hugely. We feel it our duty to alert all parliamentary colleagues to this current situation; although we also know that many of you are aware of this already. After all, 40 per cent of World Trade transits through the South China Sea and thus what happens there is a great national concern to all of us in the United Kingdom.

What I see has happened in Hong Kong, which used to share our values of civil liberty, democracy, and the rule of law, has clearly demonstrated the consequences of inaction would weigh heavily upon us, if we were to turn a blind eye on Taiwan. The Island is a beacon of Western Democracy in that part of the world, with great strategic importance and it is now placed in front and centre in a global struggle to resist authoritarian efforts to undermine human rights, the rule of law, and freedom of speech.

We and our like-minded allies must defend Taiwan as we defend our own democracy and values, because Taiwan’s security challenges matter just as much to us as to the rest of world.

I listened very carefully to the Gracious Speech, and I made the assumption that the promise to address the legacy of the past with regard to Northern Ireland refers to a Government commitment to protect veterans from vexatious and repeated prosecutions.