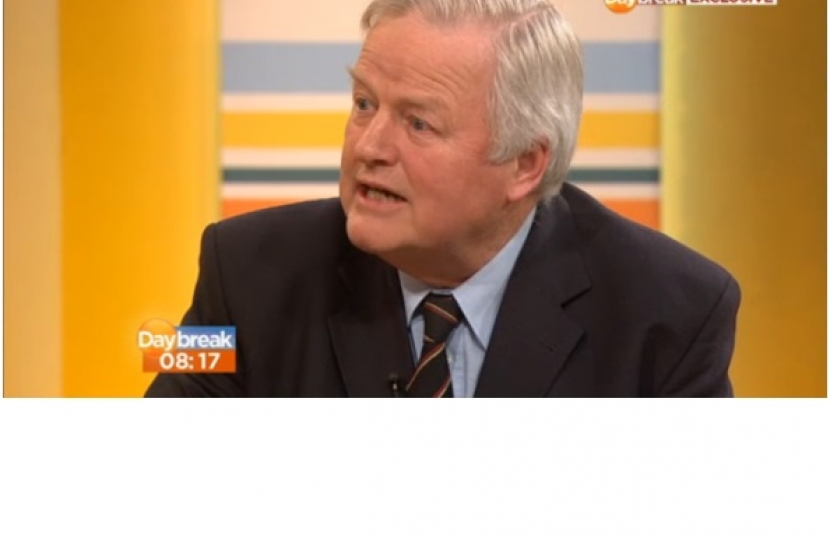 Bob Stewart MP has appeared on ITV's Daybreak programme to condem the the murder of soldier Lee Rigby on the streets of Woolwich as a "depraved and disgusting attack".

Lee Rigby,25, of the Royal Regiment of Fusiliers, was killed on a street close to his barracks in Woolwich by two men wielding machettes, one of whom told shocked onlookers that he was "acting in the name of Muslims".

Both attackers were shot by armed police and are under arrest while they are recieving medical treatment at a London hospital.

Bob went on to make a wider point concerning foreign born Islamic extremists who come to the UK to preach hatred.

He said: "These people are advocating violence and I hate it. I have fought all my life as a soldier against terrorism and this actually irritates the hell out of me. There are too many people in this country who are trying to destroy our society, who are actually talking about violence, who want to kill. We should have our own British Bill of Rights that gives people the freedom to live without being killed by these psychopaths. ‘I want them out of this country – everyone in our country wants them out. These people and anyone that supports them in this country should be identified as fast as possible and should be dealt with by the law"