Westminster Hall Debate on 7th March: The Risks of Taking Drugs for ACNE 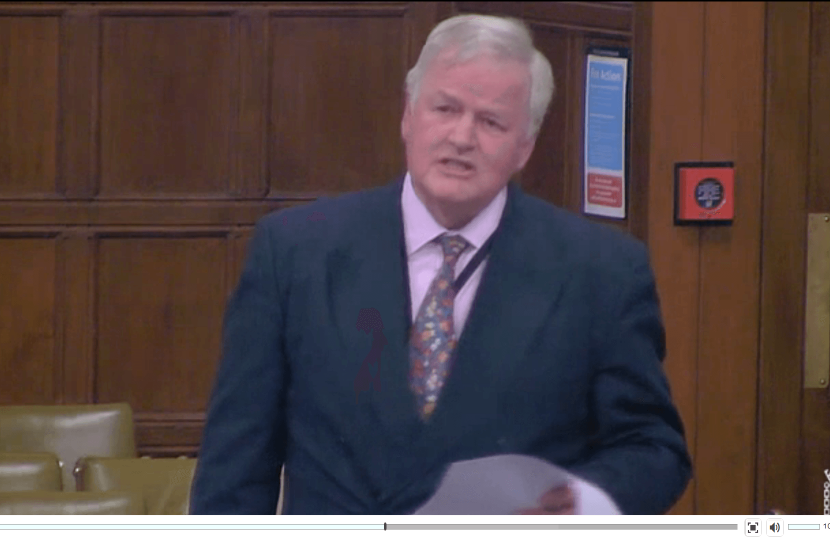 Dangers of Drugs Given to Young People for Acne

I particularly wish to speak about the impact of Accutane, which can cause depression and impotence when used to treat severe acne. Accutane is but one of a series of drugs, each based on isotretinoin. There are several versions of isotretinoin, known variously as Accutane, Roaccutane, Claravis, Sotret and Amnesteem. These versions of isotretinoin all perform in much the same way. Since all five drugs stem from isotretinoin, and indeed the Medicines and Healthcare Products Regulatory Agency—MHRA—uses that name, I will use it to cover all five of them collectively.

Originally, isotretinoin was marketed as a chemotherapy drug. Based on the evidence of friends who have undergone chemotherapy, I am immediately warned to watch out for side effects. I do not suffer any more from teenage acne or have the urgent need to get it under control that could easily make me overcome misgivings in a bid to get rid of such a curse.

I was spurred to call this debate by a constituent who prefers to remain anonymous, but whose son—a totally happy young man—has had his life totally disrupted since taking isotretinoin for severe acne. Having visited a dermatologist at the age of 16, the boy was given isotretinoin and kept taking the drug for eight months before he stopped using it. But its side effects were enduring. Despite having stopped using the drug, the boy—a first-class student who played a sport at a very high level—suffered total erectile dysfunction that continues to this day. He is now in his early twenties and trying to complete a university degree although, unsurprisingly, his hugely embarrassing situation plays havoc with that.

In 2013, I raised this very point in the debate. We were discussing the possibility of isotretinoin having a continuing impact on a patient once they had stopped using it. I suggested that there must be a link, especially as chemotherapy drugs tend to have some pretty unpleasant side-effects. I quote my words from five years ago:

“If the drug is a toxic chemotherapy agent, it may well have a permanent effect on the brain. Consequently, after the person stops taking the drug, it can affect their personality.” Perhaps I should have changed the word “may”.

Everyone present will totally understand what a disaster a sexual dysfunction would be for any young person. Isotretinoin, which was meant to cure my constituent’s son of what is normally a teenage affliction, has ruined his life. He has stopped playing sport, become utterly depressed and is a suicide risk. Imagine how difficult it must have been for him to even discuss such a matter with his mother, which he does no longer. His situation also has huge implications on his having children. Who present here today would not feel for him, or indeed his mother, who is probably denied the huge pleasure that grandchildren bring to any family?

It seems reasonable to assume that the perceived shame and dread about prospects for relationships brought about by sexual dysfunctions must be a factor in reported isotretinoin-inspired suicides. That certainly seems to be true in the case of 24-year-old Jesse Jones from Dorset, whose sad loss was mentioned in the 2013 debate. In a final email to his parents before he committed suicide, he wrote:

“Anything to do with the opposite sex isn’t psychologically appealing. I used to have to try and stop myself from thinking about girls all of the time; now, I could hardly care less.”

Loss of libido was one of the many symptoms that Jesse and his parents blamed directly on the drug isotretinoin.

I have not mentioned the effects of isotretinoin on young women. I gather though, also from anecdotal stories, that it has a similar effect to that of men—a loss of libido. Certainly, it is hugely dangerous if a woman becomes pregnant. It has long been known that isotretinoin is likely to cause birth defects in babies in rather the same way as in victims of thalidomide. I gather, therefore, that medical professionals are very careful about prescribing isotretinoin to young women and that they check carefully that they are not pregnant or will not become pregnant. But pregnancy can sometimes come as a bit of a surprise—then what?

In researching for this debate, I have read many sad stories about those who used isotretinoin. The effects on people’s mood and outlook can be very quick—sometimes within a few weeks. Patients can go from being carefree, outgoing and happy individuals to being utterly depressed, isolated and desperate in a very short time. I read of one case of that time being three weeks from the first use of isotretinoin to suicide. Surely, there is something amiss for some—perhaps not all—who take isotretinoin. Isotretinoin may be a curse disguised as a blessing to a minority of people who suffer severely after ingesting the drug. For those with a sexual dysfunction, the scars will be much deeper than any their acne would have ever caused.

I understand that to date, no direct link between isotretinoin and some of these side effects has been scientifically proven, certainly not in this country. But anecdotal evidence and existing studies point to a need for critical, scientific examination of what so many people have experienced. I accept, too, that for many people the side effects of isotretinoin may not have an obvious impact, but I am told that they do have an impact, albeit we may not see it immediately.

The drug may have disastrous effects for only a small percentage of patients who take it, yet I am assured that since the last debate on this subject in 2013, which I took part in, 33 more deaths attributed to isotretinoin in the United Kingdom have been reported to the MHRA. In 2005, the American Food and Drug Administration posted an alert that patients taking isotretinoin should be watched closely for serious symptoms, including depression, suicidal tendencies, sadness, short tempers, anger, loss of social interaction, psychosis, loss of motivation and changes in appetite. I do not think I ever want to take this wretched pill.

The percentage of people who develop obvious side effects from taking isotretinoin may be small, but it is clear that there may well be huge danger for some of them. As it is prescribed under circumstances where severe acne has failed to respond to other treatments, I presume that the balance of professional opinion continues to accept that it can have a place on the shelves of dispensing chemists—but I wonder whether it should, given the amount of anecdotal evidence about its harmful side effects.

I gather that the Department of Health has agreed that, when a patient is prescribed isotretinoin, the accompanying patient information leaflet—the so-called PIL—should specifically warn about the possibility of erectile dysfunction and diminished libido. Those additional cautions appeared on the Government’s website in October 2017, yet, as I understand it, at least some PILs handed out by medical practitioners have not yet been updated. I hear that, as of last Friday, the pharmacist at one of my local hospitals apparently remained innocently unaware of those changes, too. Perhaps many other pharmacists and even dermatologists are in the dark about those new warnings.

I checked whether I could get hold of isotretinoin pills with relative ease and without a prescription. Of course, I used the internet. I discovered that British companies such as Lloyds Pharmacy insist on a prescription, but that is not so for companies based overseas. The very first company that appeared on my screen—even before any British ones—was called Online Pharmacy, which is based in the United States. Somewhat ironically given the reason I was looking at the website, its strapline was “Safe and High Quality Medicines”. The Online Pharmacy website informed me that I could purchase 10 isotretinoin pills for £45.07. For a further £18.10, I could get them delivered to my home in a “discreet package” by express mail direct from the United States. Incidentally, Online Pharmacy also promised to include two free Viagra tablets, which is even more darkly ironic considering the problems I am talking about.

Last weekend, I asked Delphine, our 21-year-old daughter, whether she had ever heard of isotretinoin for solving problems with acne. With her, I called it Roaccutane, which is the name used in the UK. She replied that she had and that some of her friends had used it. Of course, I immediately warned her to tell them about the potential dangers. If a young person suffering badly from acne hears of a “miracle” pill that they can get over the internet, might they not just do so, ignoring or perhaps just in ignorance of the risks? After all, my daughter knew nothing of the associated dangers.

After three debates in Parliament in which Members have expressed concern about this drug’s impact on patients, surely it is time for a well-funded and sizeable Department of Health study into the possible problems of using isotretinoin so that we know the answer. In the meantime, it might not go amiss to ensure that mandatory warnings are given to and by medical practitioners who prescribe isotretinoin.