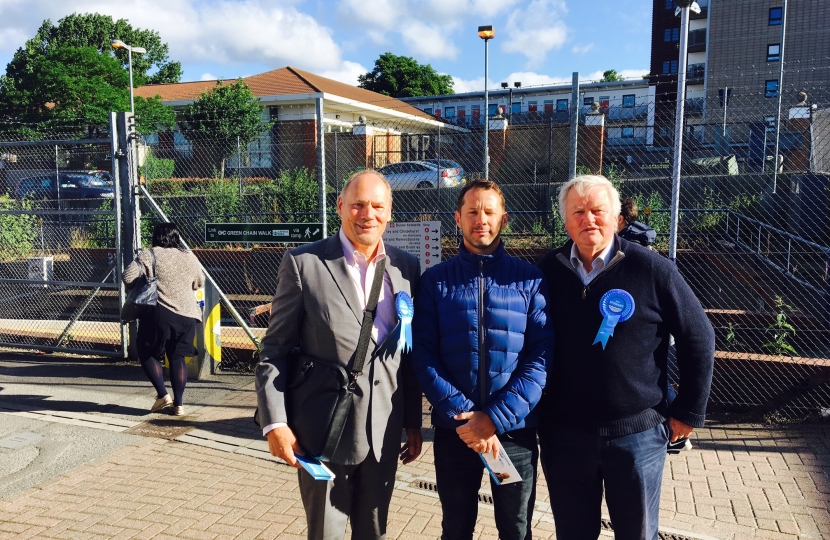 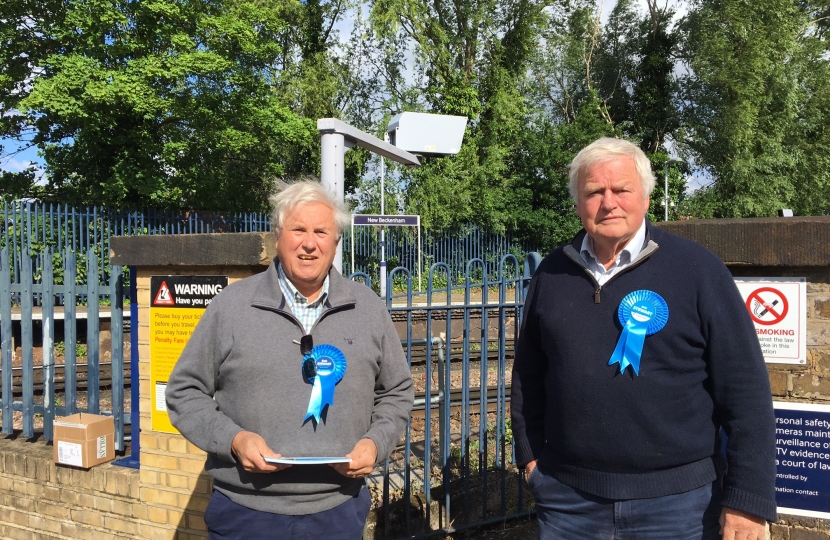 Today was the last day of campaigning and inevitably hectic.  I started the day with an hour at Beckenham Junction where I was joined by Councillor Michael Tickner as well as Matt Dickens (photo).  Thereafter I visited Shortlands Station where I met up with Adolph Williams although others had just left before joining Tony Power at New Beckenham (photo).  Then I went down to Keston.  I spent a couple of hours there – talking to people around the Green and then down Fox Lane (photo) as well as having a light lunch in Fiona’s Pantry. After a brief sojourn at home, Tony Power and I went over to Croydon Central to help Gavin Barwell.  As well as Michael Gove, a large contingent from Beckenham were there and we delivered targeted leaflets to homes in Shirley.

For this last post before Election Day I want to return to the subject of the Economy.  Since 2010 our Gross Domestic Product has also risen from £2.4 trillion to £2.9 trillion (2016 figure) and at the same time unemployment is been cut from 8 per cent of the working population to 4.6 per cent across the UK.  I am delighted that it is much lower than that in Beckenham – at one per cent.

On 23 May, in my blog, I mentioned that our annual deficit stood at £53.9 billion.  I was wrong.  The latest figure puts it at £43.1 billion (www.ukpublicspending.co.uk) which is substantially less than that.  In 2010 when the Coalition Government took over from Labour that annual deficit was £153.5 billion.  So, in seven years that deficit has been reduced by over £110 billion.  This is a tremendous achievement, obtained with considerable electoral pain, but we have received considerable plaudits for it from international organisations like the World Bank.

Despite the requirement for austerity measures the NHS Budget as risen by nearly £11 billion, the Defence Budget by £4.6 billion, the Welfare Budget £2,5 billion, the Transport Budget by £5.3 billion and the Police Budget has gone up from £2.8 billion to £3.8 billion which is a 36 per cent increase.

I repeat that I feel there has been too little concentration on the Economy in this General Election as it is probably the thing that matters most.  Wasn't it President Bill Clinton's campaign chief who summed up its importance with the phrase 'The Economy, Stupid' hung on a banner outside his campaign headquarters during his successful bid for the US Presidency in 1992?  The Conservatives have made a pretty good fist at starting to sort out the economy over the last 7 years and I think we should have put that far more up-front in this election than we have.

The Labour Party have wrecked our economy on every occasion they have formed a Government over the last 67 years.  I very much hope that as voters place their cross tomorrow against their candidate of choice that they will be aware that the Conservatives have always had to recover our economy after a Labour Administration is booted out.  Tories get the economy back on its feet after Labour inevitably wrecks it which they have consistently done when in government.