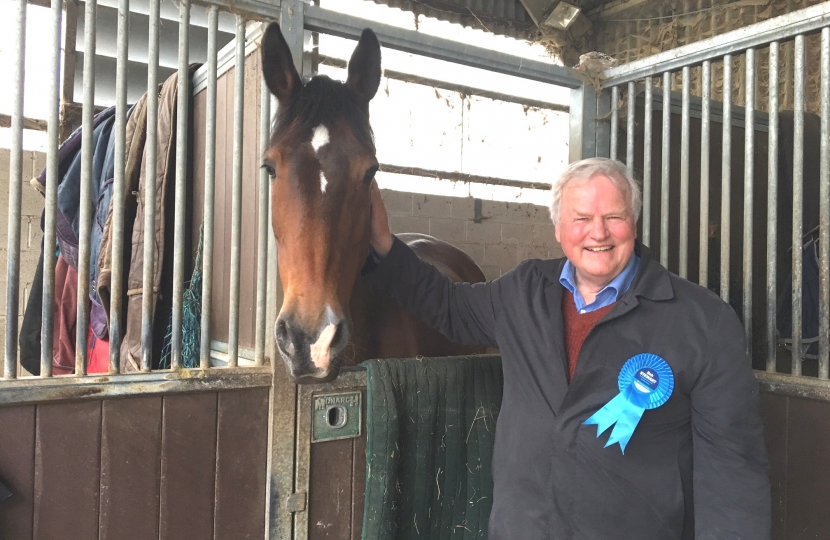 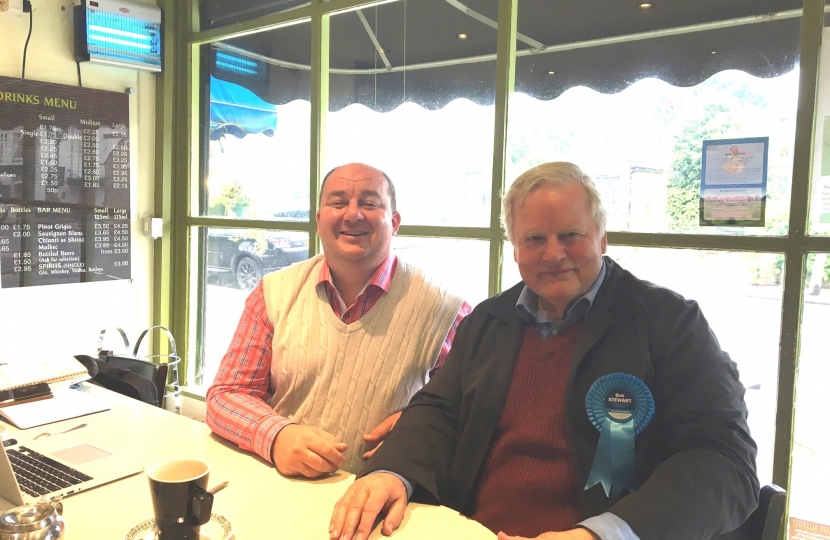 Today I concentrated on the South of the Constituency starting in Coney Hall and walking down Gates Green Road to Nash before going cross-country (soaked!) to Fox Lane, up to Keston Village and then through Hayes Common to re-join the car. At Nash I had a pleasant stroking session with ‘Sid’, a 28 year old constituent stabled at Fortune Bank Farm, who was decent enough not to ask any awkward questions.  Later I had a cup of tea with Paul Harry, who I knew, but who happened to meet me by chance at Fiona’s Pantry in Keston Village.  In the late afternoon I made a brief visit to the Westmorland Road shops.

The official (not now leaked) Labour Manifesto was launched yesterday.  It accepts the verdict of the Referendum – to leave the European Union – and it intends to build a new relationship with Europe as partners.  That’s fine so far. It wants to guarantee the rights of EU citizens living in the UK and secure reciprocal rights for our citizens living in other EU countries.  No problem there.  The Prime Minister has always said that.  Great, no problem.

But then the Labour Manifesto goes nuts.  It states that it intends to retain the benefits of the single market and customs union but says nothing about how this can be achieved without full membership of the EU (which we will not have and which Brussels insists is necessary for that to occur).  Then, at the conclusion of negotiations, the Labour Manifesto wants a ‘no deal’ option with ‘transitional arrangements’ being negotiated.  That will most definitely encourage Brussels’ negotiators to be as hard-line as possible.  Clearly whoever came up with that idea has negotiated diddly squat in his or her life.  Finally Labour wants to scrap the idea of a Great Repeal Bill and replace it with an EU Rights and Protection Bill.  I am not sure what that means but the wording is suspicious.  For example is this a ‘Trojan Horse’ to allow things like unrestricted EU immigration?  I wonder?

In short, my read on Labour’s dichotomous approach to BREXIT is that accepts we are leaving the European Union – NOT!  Whatever people voted a year ago in the Referendum the vast (increasing) majority of people now accept that verdict and want the matter settled as soon as possible.  The Labour Party remains unsure of what it wants!