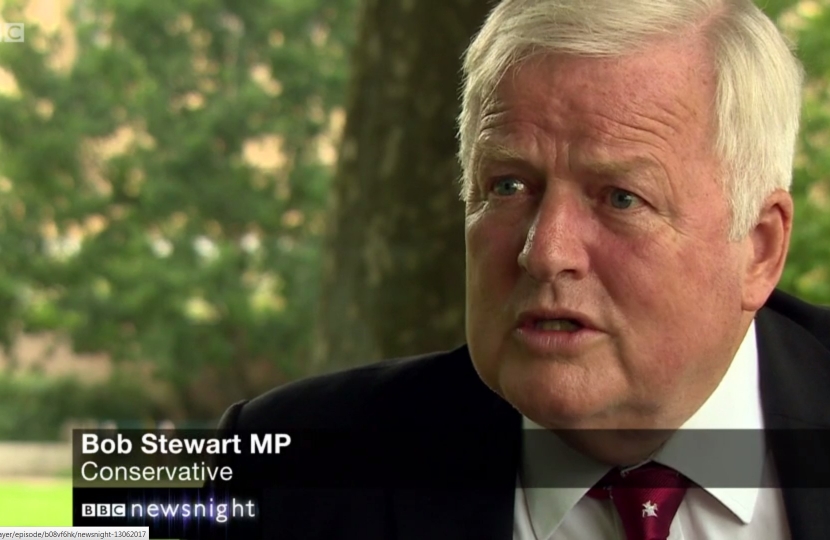 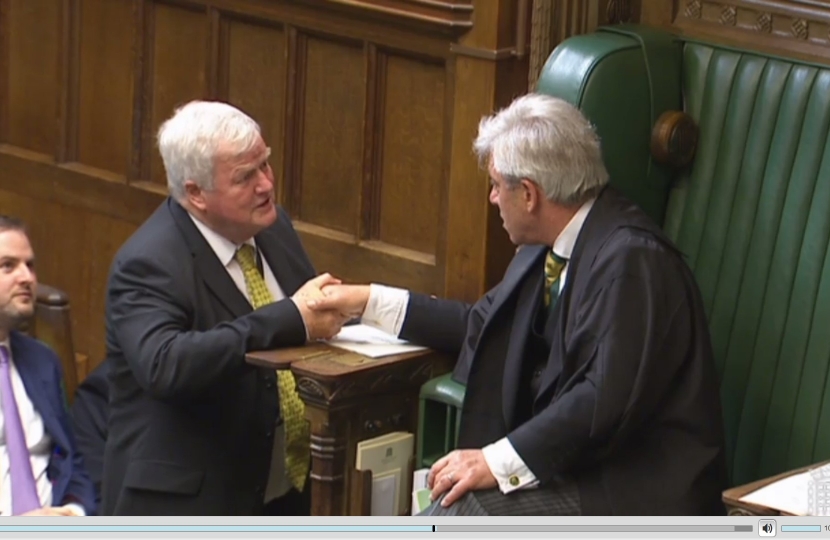 Last night I appeared on BBC 2's Newsnight.  I was quizzed on the proposed link-up between the Conservative Party and Democratic Unionist Party (DUP) of Northern Ireland.  When asked why the DUP would want a deal I explained that the very last thing they wanted was to see Jeremy Corbyn in Number 10 Downing Street because he had, so often, given succour/support for the Provisional IRA when British soldiers were being shot on the streets of Northern Ireland.

Today, as is customary, I was sworn in as an MP in the Chamber of the House of Commons. The attached photograph shows me talking to John Bercow, the Speaker, immediately afterwards.