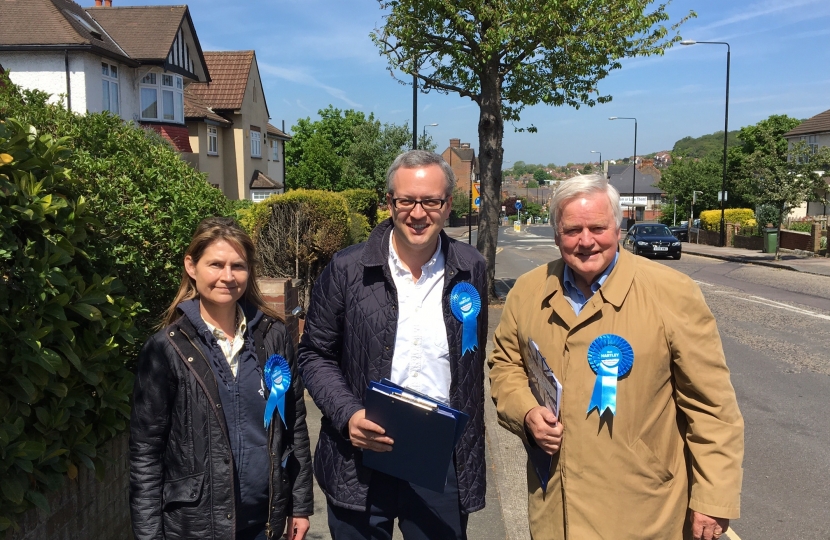 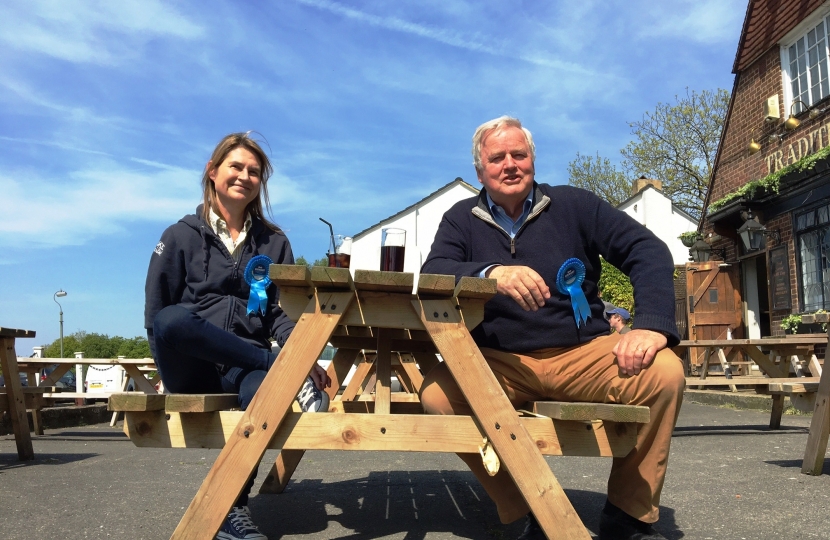 I have mixed feelings about bringing family into politics but thought that Philip and Theresa May’s appearance together on BBC’s The One Show last night was a very good move.  The interview showed them to be what they are; utterly decent and sensible.  That matters a lot when we look at the future work the Prime Minister has to do.  Philip is clearly going to be a very loyal rock for her when things get tough - as they always do.

Obviously, to start with at least,  the Prime Minister didn’t want to call a General Election but as circumstances altered  – particularly attitudes of other parties in the House of Commons – she felt she had to change her mind.  Quite rightly she is now asking for firm backing from the country as a whole in order to negotiate a fair split from European Union members which works for both us and them.

Personally I split my day in half.  In the morning three of us went to help the campaign in Eltham where Matt Hartley is the Conservative Candidate.  I was surprised when canvassing at just how much support we were getting in Eltham.  The Prime Minister is particularly popular and several past Labour voters told me they would be voting Tory because of her.  That seems to be a common theme of this election.  I have heard similar things myself when walking around the Beckenham constituency.  In the afternoon Claire and I went down to Keston Mark and then on to Keston Village.  The weather was great for campaigning and people were both talkative and encouraging.  We ended up at the Greyhound (for a coke!).