A Way Ahead Maybe? 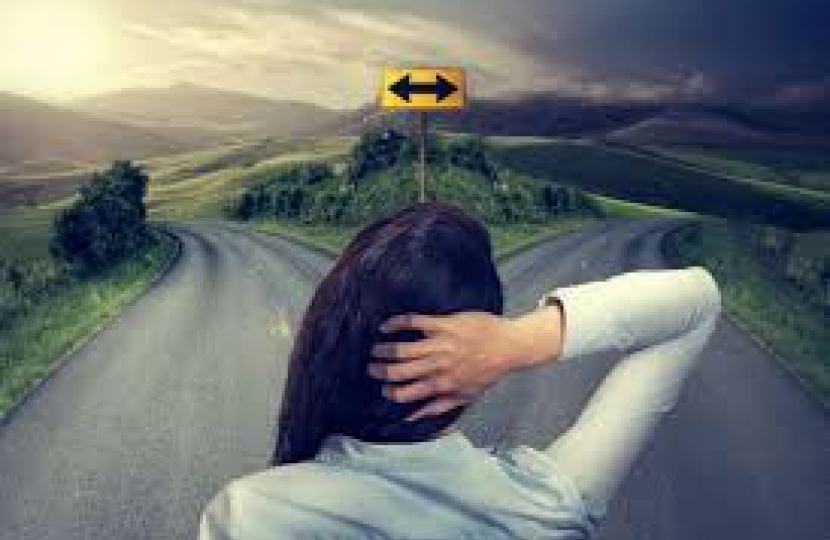 I do not think another round of lockdown restrictions will work. I watched Messrs Whitty and Vallance’s press conference yesterday and was less than impressed. Why were there no questions allowed from journalists - or fellow scientists for that matter? Whitty and Vallance presented a single scenario - or model in scientific jargon - steeped in pessimism and offering the very worst-case situation. We had a similar forecast at the start of the pandemic with huge estimates of deaths and the NHS predicted to be completely overwhelmed. Neither happened. Small wonder that quite a few of us look at this TAKE 2 a little askance and with well-founded caution.

Yet now we are maybe being asked to do it all again. I always thought that if something doesn’t work it is rather pointless to repeat it and expect a different result. According to Einstein that is a definition of insanity!

Compared with some 6 months ago, now, we have far more experience of and facts about COVID-19. We also seem to have much more knowledge on how to successfully treat this curse.

So, another full lockdown does not seem sensible to me. The first one may have worked (who really knows?) but it did a pretty good job of destroying many jobs and livelihoods. Where is the evidence of how each individual lockdown measure affected the overall death rate - including excess deaths? Huge numbers of people in my constituency are self-employed and they have really suffered. Many of them had little savings on which to fallback and not for them the cushion of the furlough scheme. I also have quite a few people who work freelance for the entertainment industry – for instance West End shows. They too have existed on peanuts. They cannot go through it all again – it’s just not possible for them. They are at their wit’s end already.

I am also deeply concerned about the absence of a role for MPs in these matters. To date, I know of no objective measure by which I, or my fellow MPs, can practically evaluate these polices. Worryingly still, I have not had a single opportunity to vote on any of the restrictions to the everyday lives of my constituents since this awful period began in March. Surely the government is not afraid to put these measures before Parliament for scrutiny? In fact, it would inevitably improve the quality of any future measures brought forward. I am afraid periodic statements in Parliament from Health Secretary, Matt Hancock, are no substitute for rigorous Parliamentary debate - where the culmination of a vote forces the government to take account of opposing viewpoints. To that end, I will probably be supporting Sir Graham Brady’s amendment to force parliamentary votes on future lockdown proposals when the Coronavirus Act comes before MPs for renewal next week. Government by decree is not the way we do things in this country.

I wait with bated breath for a vaccine but wonder all the time whether that is possible. It hasn’t been discovered for the common cold – ever – so why should we succeed with this virus? The truth is that COVID-19 is with us and to be straight we will have to learn to live with it – period. The inherent danger in all this is that the government will go too far in its reaction, further damaging viable sections of the economy, increasing delays on treatments for serious illnesses such as cancer and exacerbating mental health problems.

To a way ahead. Those of us who are most vulnerable are sensible enough to take precautions themselves. They can be provided with the right guidance and then take the decision to self-isolate. They will, of course, need some help- both financially and to support them in activities like going shopping- whilst they shield themselves. So be it. I am in full agreement with that principle.

But the vast majority of, particularly the young, need to get on with their lives, their jobs and enjoying themselves too. As many of my age know youth is soon over and it should be enjoyed.

I worry too that the public will simply not go along with this a second time around. I understand from my contacts in the North that people who initially supported the government’s actions are now in a state of confusion over the mismatch of local lockdown rules which they are obliged to follow- whether they happen to live in Chorley, Bolton, Manchester or Preston. I note this feeling in Beckenham too. Many people will simply not accept another lockdown.

For instance, I fail to see just what difference closing pubs at 10pm rather than 11 or 12pm will make. On what evidence is this based?

For my part I think it is time for us all to have some freedoms again – with different parts of society looking after themselves and taking responsibility for their own destinies – even with the inherent risks this may pose.