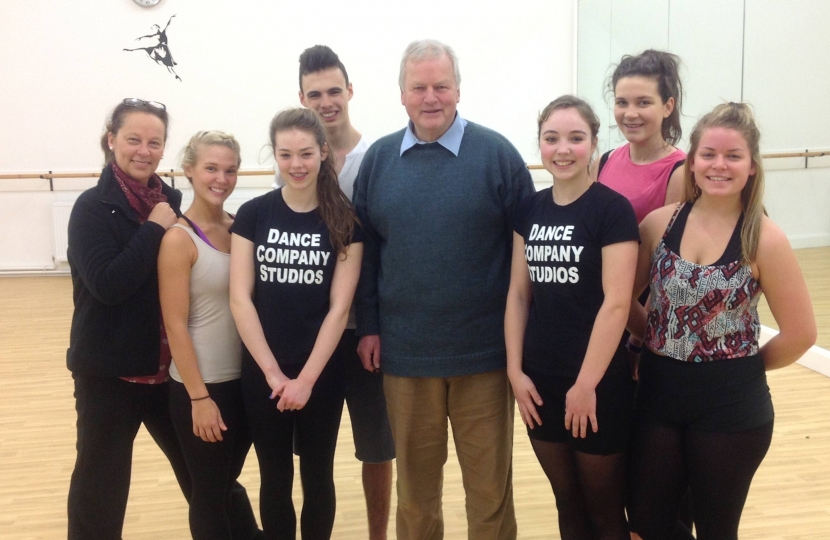 Bob visited the Dance Company Studios at 76 High Street, Beckenham on Saturday 21 December.  Thankfully the Company has largely recovered from the disastrous fire which occurred in 2008 and the studios now are back in first class condition.  Bob met owners Conan and Lauren Rice; both of who are both professional dancers. They briefed him on their long-standing business and connections with Beckenham. In addition Conan and Lauren told Bob that they have recently established a charity called Create Projects Studio which they have designed to give professional dance instruction to those who may not have had the funding or opportunity to improve their techniques before.  Create has already raised over £6,000 to aid its dance teaching and aims to raise £20,000 in its first year. Bob was tremendously impressed by both the dance training already being done by Dance Company Studios and also by the establishment of their dance charity Create.  He offered Conan and Lauren his full support.  Bob was photographed by Conan Rice with  Lauren Rice (far left) and young people training at the Dance Company Studios during his visit.