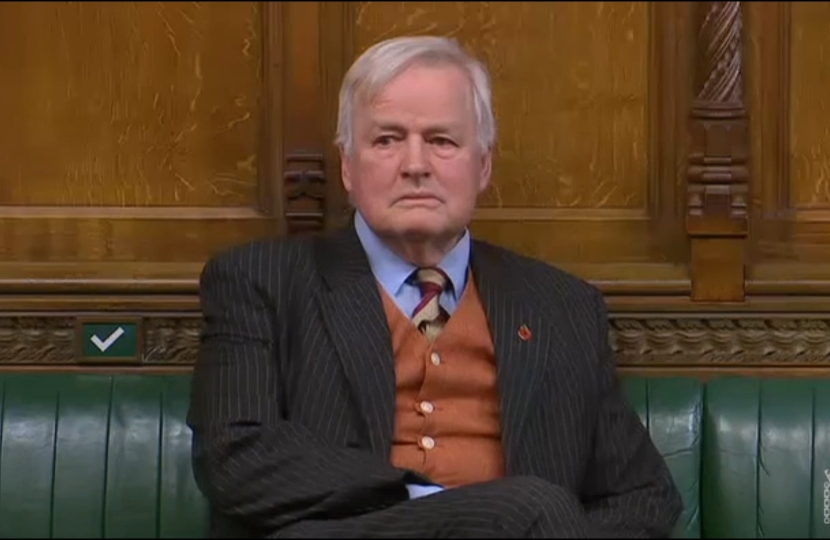 I take no pleasure in the downfall of anyone but I am pleased that Mr Cummings has left Downing Street. His behaviour over a trip north to Durham and visit to Barnard Castle apparently caused a major rift in relations between himself and the Prime Minister. At the time I thought it unacceptable and said so publicly. I have never met the guy but I suspect we would not have got on if we had met. The moment that the Spin Doctor becomes the story is the moment that he has outlived his usefulness. So, I think Government is the better for his departure.

There is suddenly a great deal of good news about the Covid vaccine - both Pfizer and Oxford, Astra Zeneca and others. It has suddenly become possible to imagine a world (or at least a Britain) without Covid. Ministers are wrestling with plans to allow a (relatively) normal Christmas, although there may well be a price to be paid in the number of days of Lockdown.

The Government’s announcement of a ten-point plan to kick-start the green revolution has been welcomed by all bar the most committed of climate change sceptics. The expansions of protected landscapes, increased access to nature, stronger flood resilience, the creation and retention of thousands of green jobs, the announcement of new National Parks and Areas of Outstanding Natural Beauty as well as the Landscape Recovery Projects - who would not welcome it all?

As a member of the Intelligence and Security Committee I spoke in the Second Reading of the National Security and Investment Bill on 10 November. Effectively the Bill ensures that foreign investors who may have less than benign intentions with intellectual capital and goods they might purchase by investment are checked out first.  I supported it. I am rather surprised such a bill has not been introduced before to be honest.

Then on Thursday 19 November, the Government announced the biggest increase in defence spending since the end of the Cold War, which I very strongly welcome. Much of it is for ‘modern warfare’ – drones, Cyber, Intelligence, Surveillance, Target acquisition; and the overall modernisation of the armed services. It may well still entail some painful losses - main battle tanks, for example, may be under scrutiny. So, some traditionalists may well be disappointed that their favourite bit of defence is a casualty of the modern digital era. But a 10% increase every year in defence spending is of huge importance in this new World of a Globally Focussed United Kingdom.

On 17 April 1984, Woman Police Constable Yvonne Fletcher of the Metropolitan police was fatally wounded by a gunman. He was hiding in the Libyan People’s Bureau, which was in St James’s Square in London.