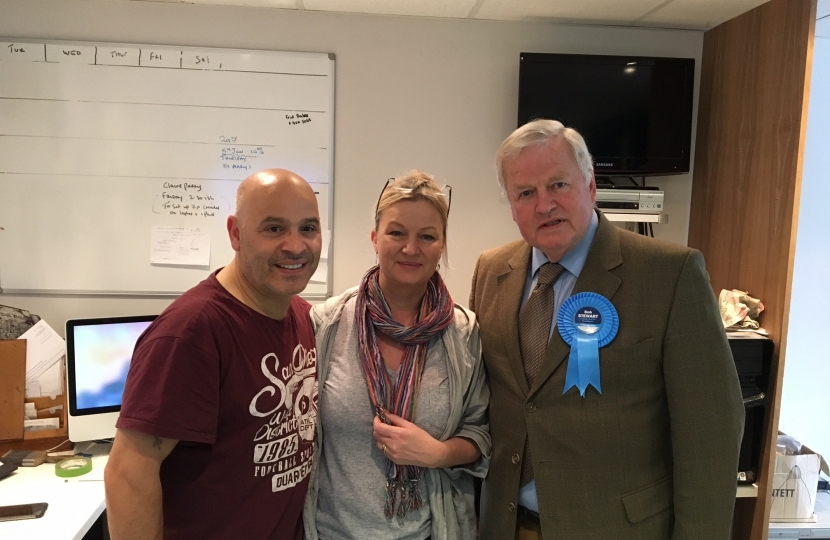 Today I started in Shortlands and spent a little time talking with Ed and Liz Werry (pictured).  Since I came to Beckenham seven years ago they have always been great friends and supporters.  After walking and talking to others, also in Shortlands, I went to the Beckenham Conservatives’ office in Church Road.  Thereafter I had to go up to London.

I am very pleased that the Prime Minister has said that she will keep striving to get overall immigration down to tens of thousands.  Since 2010 we Tories have always aimed to do that.  But I know from my own life dealing and helping refugees, displaced persons and economic migrants can be difficult as well as truly heart-rending.  The second photograph shows me trying to protect and help such people near Zenica in Central Bosnia in 1993 as a United Nations officer.  That experience showed me just how hard it is to deal with desperate people.  When we leave the European Union we may have more control over people coming into the country from Europe but we also require to be better about managing migration from outside Europe too.  Of course there will always need be exceptions – for instance on compassionate humanitarian grounds or when someone is truly a refugee – but essentially we have to better manage who comes in (against who goes out) of the United Kingdom.