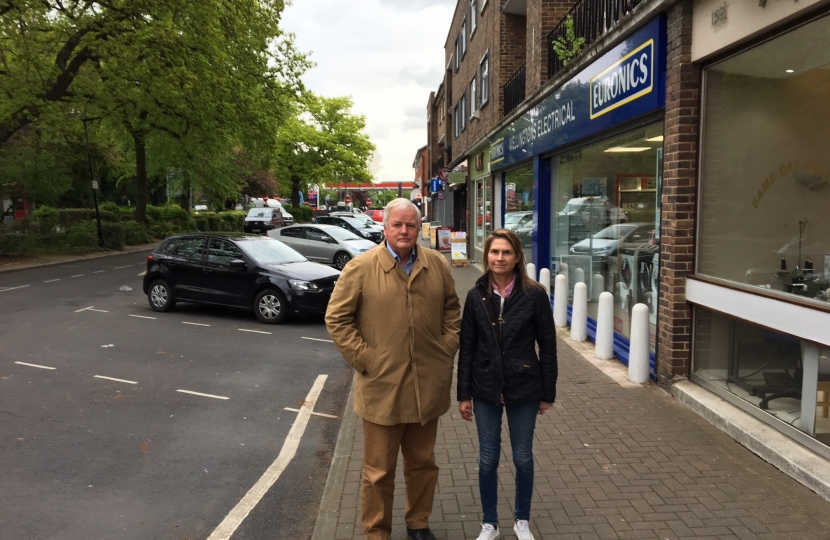 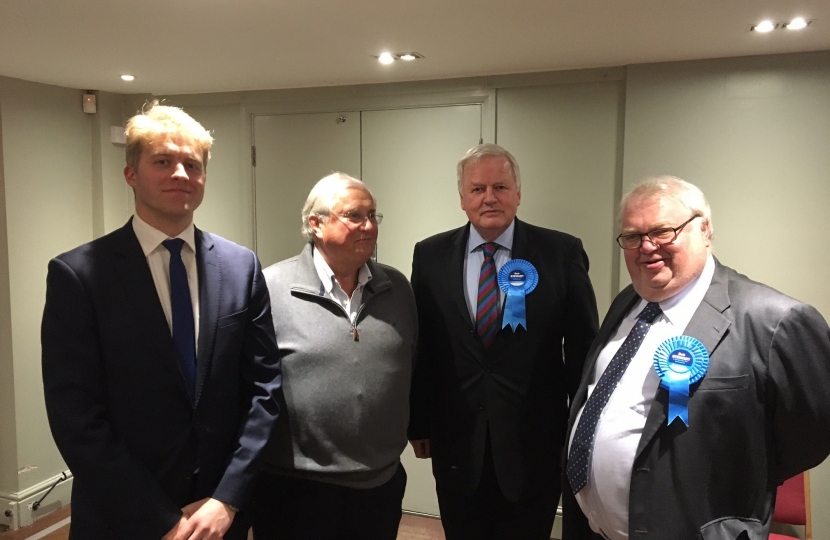 Today was my last day as an MP until (I hope) re-election on 8 June. I worked in my Beckenham Office during the morning – mainly on casework – and then had lunch in the Rascasse with a group of friends.

In the afternoon I visited Westmorland Road with Claire and noted that, since parking charges have been introduced, there were fewer cars outside the shops there which clearly shows in the photograph we took. I reckon that may not be great for business.

However the most important matter today was the meeting of Beckenham Conservative Executive Committee and Association members at which I hoped to be re-selected as the Conservative Parliamentary Candidate for Beckenham. The meeting started at 8pm in the Langley Sports Club, under the stewardship of our Chairman, Brian Cooke. After his short introduction to the meeting I gave brief speech asking members to please vote for me.

I am delighted and honoured that the vote went my way and Chairman Brian Cooke officially announced that I was now the local Conservative Parliamentary candidate. I thanked everyone for putting their confidence in me and immediately asked Tony Power if he would consider being my agent again. Typically my good friend readily agreed and the team was re-formed for the third time. We took a photograph to commemorate the event and in it (left to right) were Ben Spencer (Vice Chairman Political), Tony Power (Agent), myself and Brian Cooke (Chairman).