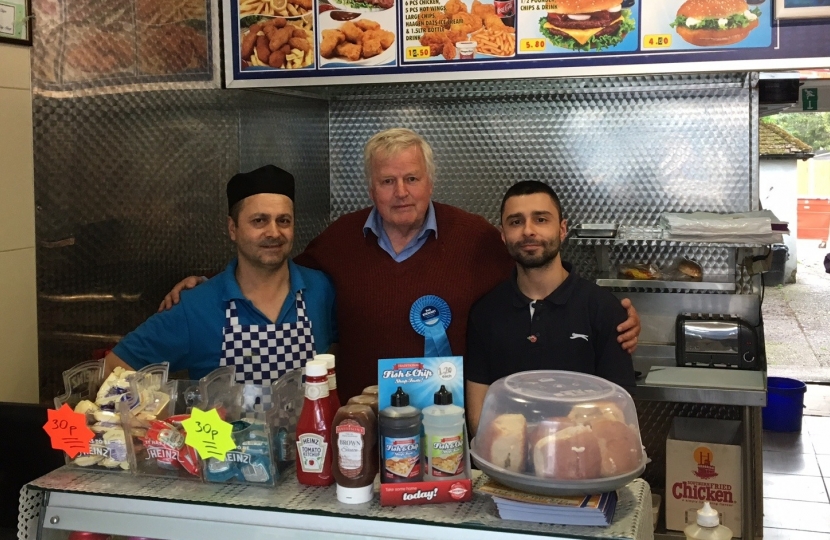 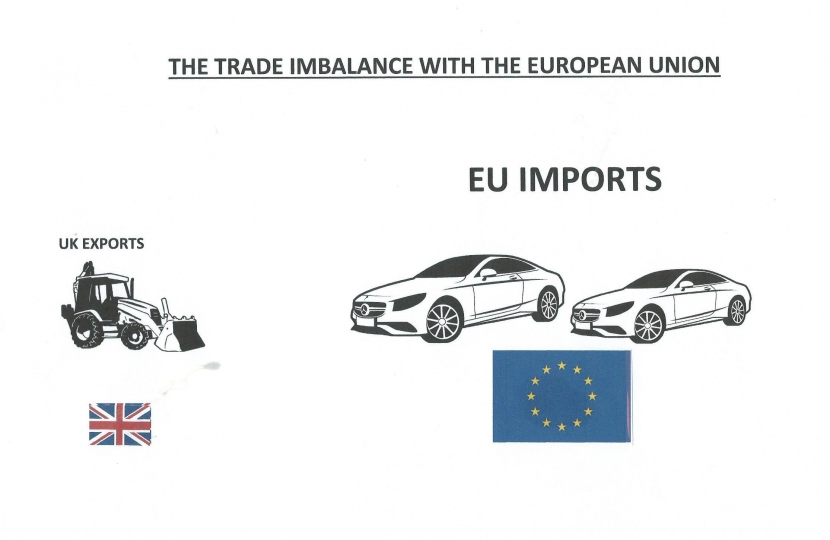 Up to now in this campaign I hadn’t been in Old Hayes beyond travelling through it to go to somewhere like Keston.   So, I put that right today when I walked around the shops in Hayes Street.  The photograph shows me with Lee and Yusuf at the Hayes Village Fish Bar.

Whilst talking to constituents in Old Hayes I was twice questioned about BREXIT negotiations and how they will work out, which is, after all, the fundamental reason for this General Election.  Let me explain how I see two big issues in that negotiation; ‘Trade’ and ‘Immigration’.

First, on trade, who would not have liked us to remain in the Single Market?   As someone who wants free trade I certainly would.  However, that is impossible considering Brussels’ demand that to do so requires us to allow freedom of movement and other provisos which would nullify BREXIT.  So, in the end, we could have tariffs placed on what we export into the EU’s Single Market under World Trade Organisation rules.  But even so the World would not end!  In such a situation, it may well work out far worse for them than us.  After all, we apparently export half to the EU of what we import from them.  Surely good judgement will prevail.  It may cost them far more than it does us.  Once European businessmen have a word with some of their (currently posturing) politicians common sense may prevail and a mutually agreeable deal reached.  I am sure it will.

Second, the Prime Minister has announced her firm aim to get immigration lower – to tens of thousands a year. That is a brave decision to re-affirm, especially as she must know the difficulties of achieving that having been Home Secretary for so long.  It has been a target since 2010 and clearly we have not got there.  In the 12 months until September 2016, over 165,000 people arrived here from EU countries and a further 164,000 from outside Europe.  After we leave the EU, controlling entry from Europe will be easier but we must also crack down on the numbers who arrive from outside it.  Controlling immigration from outside Europe has nothing to do with the EU so we can get on with this immediately.  For me BREXIT is about controlling immigration not stopping it dead in its tracks.  For instance, we will always need seasonal farm and hospitality workers and that must continue of course.  It can too; perhaps with specific work permits – maybe time limited and tied to jobs. But now our objective must be to get overall immigration down considerably.  If the Prime Minister is prepared to commit to it she must believe it is possible.  As an outstanding ex-Home Secretary, she, more than anyone, should know about the practicalities of cutting immigration.  So, it must be doable.