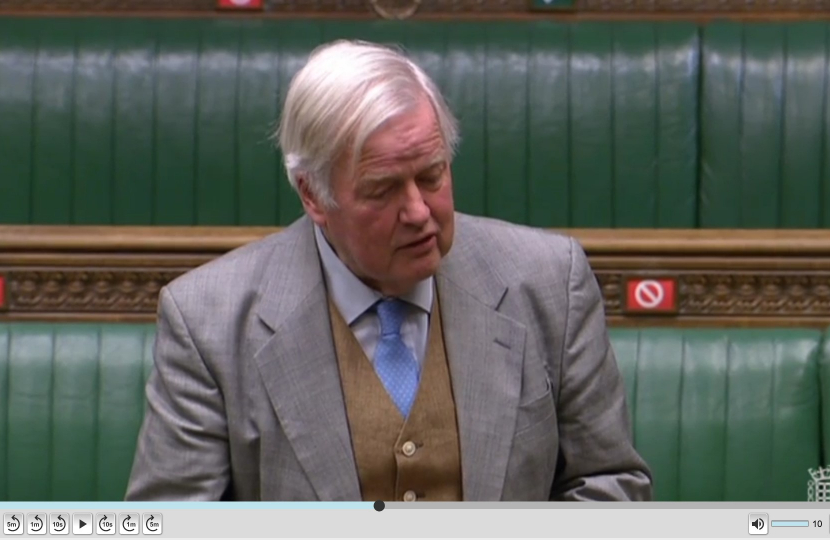 I very much welcomed the package of measures announced by the Government in the House of Commons last week to ease the impact of the cost of living crisis.  Like so many people, I have become increasingly concerned about this issue and the very real effect it will have on normal families across the country and especially in my constituency of Beckenham.

The Chancellor of the Exchequer, Rishi Sunak, deserves huge credit for tackling this crisis head on by announcing a massive £9 billion package to help struggling households, who are rightly concerned about how they are going to pay their bills this winter.

The root cause of this crisis is well known. The huge inflation in energy costs around the world, in particular the spike in gas prices we are experiencing, caused by significant increase in global demand as we come out of the pandemic is having a devastating impact on energy companies and consumers alike.

It was last week’s announcement by the energy regulator, Ofgem, that energy bills are set to soar by 54% for 22 million households from the beginning of April this year which prompted the government to act. Quite rightly so in my opinion, given that this price hike will add a whopping £693 to the annual costs of a typical household!

The package of measures unveiled by the government include a one-off repayable £200 discount on energy bills and a £150 rebate on council tax bills, as well as £144 million in extra funding to councils to support the most vulnerable households in this country.

The £200 discount on energy bills will only become repayable in small instalments from 2023, which I believe is a fair deal, whilst the £150 council tax rebate will cover every property in bands A to D and will benefit 80% of households in England; meaning vital relief for the vast majority of families.

General price inflation is also expected to reach a worrying 7.25% by April this year, according to new Bank of England forecasts. I therefore welcomed the move by the Bank of England rate setters to lift the base interest rate from 0.25% to 0.5%, a measure I hope will take some pressure off households.

I understand Ministers are hopeful that wholesale energy prices will drop going forwards so that households can pay back what they owe without a major rise in bills. However, I also commend Rishi Sunak’s honesty for being straight with the public that they may have to get used to a period where energy bills are higher than what we have come to expect in recent years.

The government has made entirely the right decision here, acting in the national interest to provide the right level of support to households in the wake of a worldwide energy price spike. It is entirely proper for a conservative government to provide financial relief to families who find themselves in difficult circumstances because of global economic forces beyond their control.