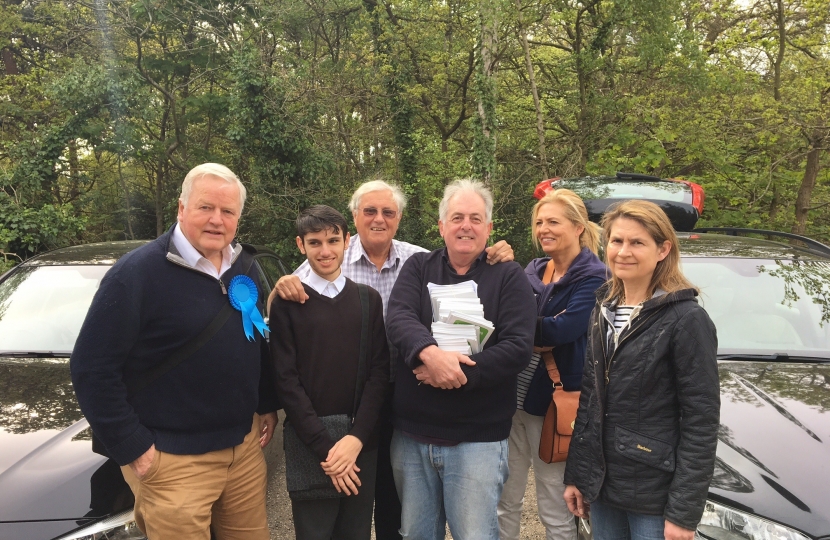 Last night I went out to have dinner in Zizzi’s in Beckenham with the family and then came home in time to watch the World heavyweight boxing match in Wembley on Sky Sports. The power of contenders Anthony Joshua (British) and Wladimir Klitschko (Ukrainian) was awesome. It was touch and go for Joshua I thought as the fight approached its 10th round. He needed a knock out/down and he got just that - winning in the 11th round. Both boxers deserve huge credit for their courage.

This morning Tony Power, Claire and I went over to deliver leaflets for Gavin Barwell in his Croydon Central Constituency. We met a large number of Conservative volunteers at 10am in Shirley Hills Car Park. Other people from Beckenham, like Councillor Peter Dean, were also there. We had a photograph together and then went and delivered Gavin’s leaflets in Shirley. It took Claire and I about 90 minutes to deliver our load and then we met up with Tony Power and came home.

At lunchtime we had a family BBQ in the garden and thereafter I did a bit of work on the pamphlets that we have to produce in Beckenham.